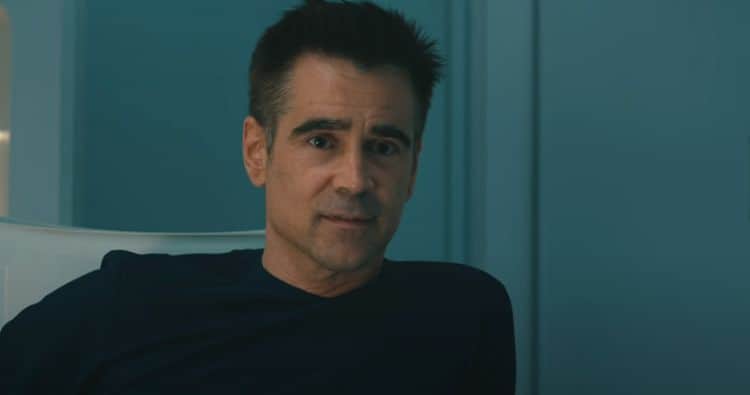 Thoughts of the future are kind of easy to dash to the ground when it’s seen how humanity can revert back to the base, primal urges that drive us sometimes, as is seen in the trailer to Voyagers. The sci-fi movie looks to be one of those that will ask the question of what will happen when a group of young men and women are shot into space seeking a new home and kept under close supervision the entire time. From the looks of the trailer, it would appear that the young folks are going to be kept docile up to a point, perhaps through the use of chemicals, therapy, careful training, or all of the above, since it’s easy to argue that during a long space voyage that anything that might threaten the stability of the system within the craft might not be a good idea. But this kind of argues for the point of how many handlers there are on the ship, and how much freedom the kids have. It becomes kind of obvious that they’re conditioned to function on their own, but once natural curiosity arises it’s even more obvious that they can’t fully handle it since they’re not equipped to do so. This element of the movie is one that has been touched upon in a few other movies when it comes to those that haven’t been given the experiences in life that many of us take for granted, such as emotions, intimate contact, and the like.

This is made pretty clear when the young folks start to experience sensations and feelings that they didn’t know about previously and find that the more they experience, the more they want, and the more they have, the more intense their reactions to each sensation become. The only problem is that as anyone should be able to guess, wanting to experience those sensations is an addictive experience to those that might not have had them for much if not all of their life. The intensity of such feelings can overwhelm a person if they’re not used to them, and this is what appears to be happening in the trailer, though it’s definitely taken to a degree that’s going to prove dangerous for all involved, and possibly deadly by the looks of it. In a sense, this almost looks like an Orwellian nightmare that’s gone very wrong since the normally docile and controllable subjects are running amok and looking for ways to feel while at the same time passing that infection, which is the freedom of choice without thought of consequences, among the rest of the crew, which is freedom in its purest form but also dangerous since freedom without discipline of any sort is something that can become ruinous in a very short amount of time. While discipline isn’t always what people want, sometimes it is necessary to give a bit of structure, especially when one in a hostile environment such as space.

The argument over how animalistic humans can be and what keeps our more primal urges from leaping to the forefront makes for a good number of movie ideas since like it or not, men and women are animals, and as thinking and reasoning animals we have a potential to be so much more dangerous than anything else in any environment simply because the thoughts that human beings have are often foreign to all other forms of life given that they’re often abstract and sometimes make no sense. The fact is that humans are dangerous because they seek to change their surroundings to their liking more often than any other creature, and will do so in a violent manner if necessary. So far the movie looks as though it’s giving away a good chunk of itself in the trailer, but it’s worth taking a further look to see if there’s anything else that might lead towards a suitable explanation of how things break down so quickly and what will be left when the group finally reaches their destination. It would be a tremendous waste to think that they might reach the place they’re seeking only to let the door open on a scene of carnage for those that come after to look upon. But human nature is a tricky thing since it tends to look for a way around each and every method of control that anyone might attempt to place upon it. As human beings, we don’t like being told what to do, how to feel, and how we’re expected to behave. It’s easy to go along to get along a lot of times, but when that one whiff of freedom is experienced it’s hard to stop the landslide of emotions and feelings this tends to bring, even when the consequences can mount quicker than the benefits.