Home
Movies
Why We’re Looking Forward To Seeing “The Doorman” 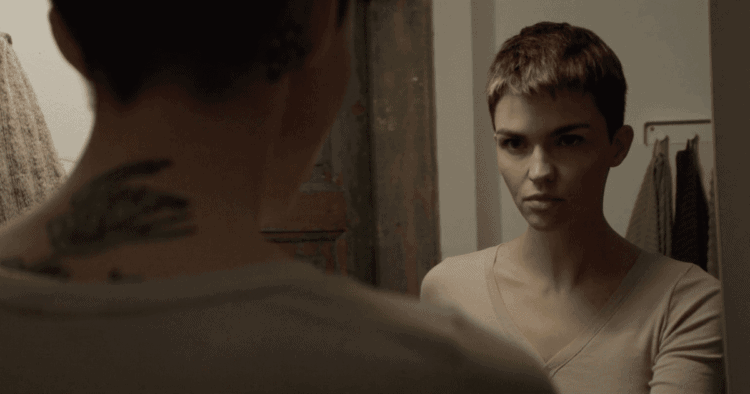 From the start, The Doorman looks like another action movie that depicts a person that has transitioned out of the military and has found a civilian job that will likely be far less stressful than anything they’ve been doing as a soldier. In other words, it looks like a movie where the ex-soldier is going to look like a badass for beating up a host of people that don’t know just how awesome she is and will end up discovering this a little too late. But apart from that, the initial trailer does look like it might lead to a movie that Ruby Rose is more than fit to play since she’s been making a name for herself by being one of the toughest women on screen. While Charlize Theron has just about cornered the market when it comes to being the toughest woman in cinema, there’s a lot of hope that one of these days Ruby Rose’s name could also be at the top of that list, if it isn’t close already. Despite the fact that she was let go from her duties  Batwoman for season 2 it still feels that she has the kind of credibility that makes it possible to see her as a seriously tough individual on-screen and it will be nice to see this happen when the movie is released.

The movie also touches upon a very real subject since the main character is also a heavily traumatized individual that is seeking a quieter life back home, which is something that many servicemen and women have had to deal with in the past. The struggle with PTSD among veterans has been a tremendous issue for years now and one that within the past several decades started being taken a little more seriously as now it’s considered as one of the biggest issues facing anyone that has seen combat and other situations. It goes without saying that this particular character will get what she’s after for a very short time until it’s called upon her to lean heavily on her skills as a soldier in order to survive and save whoever needs saving. The type of storyline that sees a traumatized soldier that knows how to fight and how to handle themselves in a combat situation is one that we’ve seen quite often, and it’s likely that many people will look at this and think ‘oh, another action movie’. I’ll be honest and admit that I’ve said this about many action movies in the past. But something about Ruby Rose indicates that this might be a good movie to watch since there’s something about her, some quality she has when onscreen, that makes watching her enjoyable and easy to do at times.

It could be that she’s not a bad actress since she’s acted alongside some fairly big names in the industry, but it’s also that when given the kind of dialogue that doesn’t alienate a good part of the fanbase, Ruby is a very believable individual when it comes to her various roles. It does help that she has a bit of a wild and edgy look that makes anyone thinking of crossing her likely think twice before doing anything. But added to this is the fact that she’ll be acting along with Jean Reno, who looks to be taking on the role of the big bad in the movie, which is great since he’s another good actor that can fill a role unlike many. Too often though he’s either relegated to being a supporting actor or a bit-player that doesn’t affect the story as much and could be taken out without ever being missed. His part in movies such as Godzilla and Ronin was great, and of course, his time as Leon in The Professional was even better. But as a villain, he does have a diabolical look to him that helps to create a character and maintain it. To see these two go head to head, at least in some way, will be kind of interesting since it’s not likely that Jean is going to get too physical since he’s getting up there in years, but if he’s the mastermind behind the heist that’s taking place in the movie then it’s very likely that he’ll bring skilled muscle with him and have a contingency plan of some sort. A bad guy without a contingency plan is kind of a cinematic faux pas after all.

This movie will be coming out this October as it’s been announced and it’s going to be an interesting one to watch no doubt since seeing Ruby in action is usually pretty entertaining and seeing Jean is typically a good time. How they’re going to come together in the movie is already intriguing enough to keep the release date on the calendar.