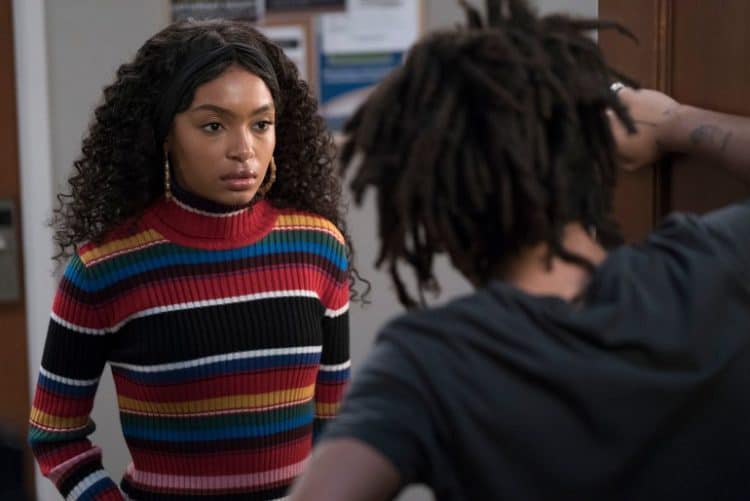 One has to imagine that there are going to be a few individuals out there that might wonder why we’re going to be seeing a black woman playing Tinkerbell, as Yara Shahidi has been selected to play alongside Jude Law in an upcoming reboot of the live-action Peter Pan. But if anyone’s keeping track they might want to take a look at Yara’s professional background in order to see that she should be able to pull this off without any real problem. She might not be the seasoned actress that others are at this point in her career, but at the same time she’s proven, she’s skilled, and she has what it takes to play a character that’s been known to exhibit a range of emotions since if you think about it, Tinkerbell has been seen as jealous, intelligent, sassy, hot-tempered, and in many ways a great friend when she’s not allowing her emotions to get the best of her. That kind of explains a lot of friends that people could think about in movies, but with the tiny fairy it’s definitely something that could come across in a big way on the big screen. As far as a woman of color taking the role, who cares? There’s going to be a black woman in The Little Mermaid live-action movie as well, and those that care about it that badly have already been told to sit down and just enjoy what comes.

To be serious there are times when it does feel a bit awkward to think that some characters can be swapped when it comes to gender and race while others are considered taboo and would incite a riot if such a thing were to be done. For instance, had the Black Panther or Storm from the MCU been switched out, pandemonium would have ensued and the movies likely would have been shut down. But switching out Ariel and now Tinkerbell, which has traditionally been taken by Caucasian women, isn’t bound to elicit as much of a response. In truth, why should it? The idea of picking the actor that’s right for the role should be the greatest concern, though many would still poke at the idea that this is a double standard that’s likely being driven by the changing rules of the Oscars, which is the ultimate goal of any filmmaker that’s currently operating in show business. It’s true, such a move would be a huge double standard, to start gender and race-swapping certain movie roles without doing the same for all movies, but since this is a huge argument that’s bound to detract from the article, we’ll leave it alone for now.

The right actor for the right role is what’s needed, and as of now, Yara has been selected for this role and it shows a lot of faith to place her in a role that is so loved by so many people. Of course, anyone saying that there’s never been a black fairy when it comes to Tinkerbell has obviously never watched the Tinkerbell movies. Hey, if you have daughters there’s a good chance that you’ve seen them, repeatedly, over and over, sometimes on a loop. Anyway, there is a black fairy by the name of Iridessa, who serves as a Light fairy, and she’s not entirely unique to the story since there are others like her, of the same skin color even. But the thing with Tinkerbell is that she was originally seen as a part of Peter Pan’s story, and it’s not likely that we’ll see the other fairies included at any point in the story unless someone is that ambitious. So it leaves us with Yara as Tinkerbell, the irascible fairy that was Peter’s most constant companion and one of the few people that couldn’t stand Wendy at first since she was so insanely jealous of her. It’s going to be interesting to see how Yara plays this role and whether or not she’ll be convincing, but there’s a lot of faith that she’ll do just fine since she’s been proving that she has what it takes to convince people that she’s one of the better up and coming actresses.

Whatever issue people are bound to have with this is kind of irrelevant since the decision has been made and those making the movie are going to stick by it, as they should. People can say whatever they want regarding Yara’s casting and they likely will, but the truth of the matter is this: so long as she can nail the part, and there’s every confidence that she can, then it shouldn’t matter one way or another. It’s time to admit that whoever can play the part should get the part and simply leave it at that. No insane requirements to win an Oscar, other than the merit to get the job done as it needs to be.