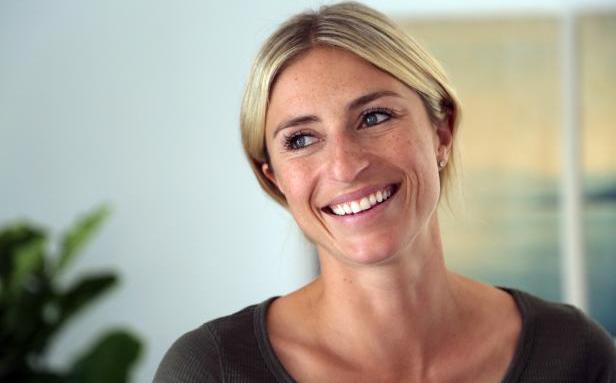 Hidden Potential is a home improvement show focused on turning cookie-cutter homes into something that is more capable of standing out to the senses. Like a lot of the shows that can be found on HGTV, it is very much centered on the host, who in this case, would be a woman who started her own home building business named Jasmine Roth. As such, whether people find Roth interesting or not is bound to have a significant effect on whether they want to follow Hidden Potential or not. Here are some of the reasons that people might be interested in HGTV’s Hidden Potential:

It Is a Pretty Interesting Subject

The sameness of suburbia is something that people in the United States as well as a number of other countries have been noting for decades and decades by this point in time. For instance, it isn’t a coincidence that media expressing a sense of horror about the forced conformity of suburban neighborhoods started popping up in the 1970s, which was around the same time as when the first generation of children raised in those same places started coming of age. Over time, the public perception of suburbia has seen both significant and subtle changes, but if one element has remained constant, it is that sense of sameness, which can be alienating for some but also comforting for others.

Regardless, the existence of less than enthusiastic media about suburbia should make it clear that there are a lot of people out there who are less than fond of that sense of sameness. In turn, this means that there should be a lot of people out there who might be interested in introducing unique elements to their own homes for the purpose of making them better-suited for their particular preferences. Unfortunately, said process is neither simple nor straightforward. After all, just because someone knows that they don’t like something, it doesn’t necessarily mean that they know what they want to replace it with, which is pretty important when home improvement projects tend to come with some serious costs in terms of both time and money. As such, watching Hidden Potential might provide these interested individuals with some useful ideas for making their own homes better-suited for them.

Some People Might See It As an Inspirational Story

Speaking of which, there are some people who might see the whole concept of Hidden Potential as an inspirational story. In short, Roth was once someone who had no home building experience whatsoever. Granted, she had spent some time in real estate when she was still in school. Furthermore, she was always a pretty hands-on kind of person who had helped some of her friends with minor home renovation. However, Roth had no real experience with building homes when she and her husband decided to build not one but two houses so that they could live in one and sell the other to pay for the projects.

Unsurprisingly, the couple underestimated the demands on their time, their money, and their other resources, so much so that Roth soon realized that if they ever wanted to get their projects done, she was going to have to quit her day job so that she could dedicate her full time and attention to them. Even though it was still in the middle of the Great Recession at the time, Roth decided to quit her job so that she could learn from the construction team hired to handle the process. After which, she realized that she had enjoyed the process so much that it was what she wanted to do from that point forward, thus resulting in the eventual launch of her own home building business.

Of course, it took some time for Roth to build up. However, her social media marketing for her business managed to get excellent results, as shown by the fact that was how she managed to capture the interest of the production company for Hidden Potential in the first place. Initially, the production company wanted a show about building beach houses, but when it learned the length of time needed to complete such projects, it soon pivoted into something else, thus resulting in the show that exists in the present time.

Learn More About the Possibilities

One of the biggest problems with home improvement is that interested individuals don’t necessarily know what options are available to them even though satisfaction is so reliant on personal preferences. Certainly, it is possible for interested individuals to ask questions of those with the right expertise and experience. However, it can be difficult for them to make good progress with their questioning if they don’t have the basis of knowledge needed to come up with the right questions for what they want to know as well as what they need to know. Hidden Potential isn’t an educational show. It is first and foremost, a home improvement-themed show meant to be entertaining, which is how its viewers like it. However, if interested individuals watch enough of these shows, chances are good that they are going to be learning at least something from their viewing, which could put them in a better position to oversee their own home improvement projects in the times to come.

Ultimately, if people are curious about what Hidden Potential can offer them, they should give some of the episodes a watch. After all, they are the ones with the best understanding of what they want to watch as well as what they don’t want to watch, meaning that there is no better way to answer all of their relevant questions than by adopting this very simple but nonetheless very effective solution. Those who find the show to their liking could very well find something that will provide them with hours and hours of entertainment for the foreseeable future.