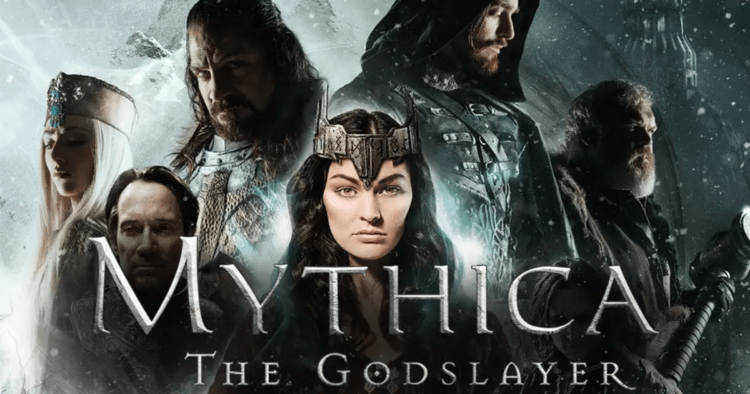 If there’s one thing to say about any fantasy movie ever made, it’s that a lot of fans would love to see it play out as one might see a roleplaying game in real life, and according to Kevin Sorbo, one of the stars of the Mythica movies, this is how things played out. For those that aren’t fully comprehending the idea of how a movie could function in such a way, it’s not too hard to explain since the realms of fantasy follow a host of rules just like anything else, but there are surprises here and there that might as well have been determined by the roll of the dice, much as it happens in the actual roleplaying world that so many enjoy. Is anyone still confused? One has to remember that a lot of people still don’t play such games and might actually consider them to be anything from demonic and devil-worship to something that only nerds and geeks play. Having played such a game before, I can tell you that it’s not just for those that have a high IQ and vivid imagination, since roleplaying games are quite interesting in that they allow the imagination to expand in a way that offers a wide selection of options, but are still bound by the rules and laws of the game, much as the Mythica series is bound by cinematic rules.

The spell-slinging and sword-swinging series is, as one should be able to imagine, all about the forces of good versus the force of evil, as is typical of such movies. But seeing Kevin Sorbo as a magic-wielding mentor is definitely different since his roles have usually seen him take on the position of a brawler or a barbarian, as he was in Kull the Conqueror. The effects are a bit low-budget but overall they appear to be effective and the storyline does feel like something out of a Dungeons and Dragons movie, but a lot more cohesive and not as segmented as it could possibly be. If anyone remembers the manner in which the D&D movies went then they’ll likely recall that the reveal for each hero was a bit contrived and felt a little too rehearsed, even for cinematic purposes. Allowing the recruitment of each hero to join the quest to happen naturally within the story feels a little more complicated, but a lot more believable since otherwise, it feels as though each hero was simply waiting for their chance to be picked. But then, this is one of the biggest issues with any fantasy movie since the heroes either need to band together for a common cause simply because they see the need, or they come together because there’s a promise of something that will be in it for them at the end. Like it or not, that’s how a typical D&D group comes together and stays together since the promise of riches and adventure tends to keep groups moving in the same direction.

Mythica is worth watching simply because it’s another fantasy story that feels a little more advanced than many others and doesn’t start out on such a huge scale. It does continue to build throughout the movies and as a result, it becomes more impressive as things go along. The idea that it plays out kind of like an actual game of D&D is fun to think about since if anyone has ever sat down for a session then they’ll know that things tend to happen that aren’t always as upbeat and conducive to the well-being of the group as people might like. Rolls can be low, meaning that success isn’t always assured and simply talking to someone could be a bad idea, or failing to perform during a battle could be fatal. But if things do go well and a player rolls high, then the villains are generally in for a serious world of hurt since rolling a natural 20 means that someone can seriously damage even the toughest of monsters. So yes, an ogre that’s the size of a giant could be wounded and even stopped by those that are less than half its size since, in the game, the dice rolls are the ultimate equalizers given that between a 1 and a 20 there’s a lot of opportunities to fail or succeed, and this can create a cinematic experience that’s so insanely random that some people might wonder why a badass warrior was suddenly driven to their knees by what looked to be a very weak blow, while a huge monster is being dominated by a much smaller adversary that’s throwing magical bolts at it.

It’s worth it just to take a look at least since fantasy movies, if run in the manner of a roleplaying game, can be a lot more honest than many other movies that want to see the good guys win.