Home
Movies
Why You Should Watch Climate Change Documentary Aquarela 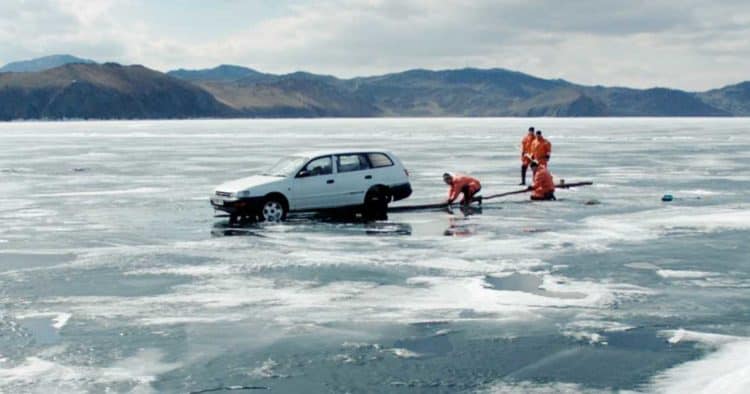 Julian Roman of MovieWeb sounds as though he wants to be impressed by this documentary on climate change, titled Aquarela, but is instead a bit confused by the lulls and wanes of the movie that tend to happen. Upon watching the trailer it does seem as though it might be impressive, but there could be massive lulls within the movie that might kill off any interest since people do want to see something exciting and something that moves and has a good deal of action to it. This documentary does seem as though it has the action, but it also doesn’t seem continuous since the scenes that are given are likely the best of a great deal of footage that was taken and then edited, scrapped, or otherwise replaced. The main point is pretty easy to get, that water is a magnificent and varied element that this world can’t do without but that is also just as much of a taker as it is a giver. The many instances in which water is seen to be shown in this movie is evidence that it is in fact a force unto itself that is not to be messed around with no matter how much people do anyway.

Water is indeed an amazing element, but it’s one that a lot of people take for granted in this world. While I can’t tell you just how in-depth this documentary gets, having lived within a few blocks of the Pacific for so long it’s easy to tell what anyone on the coast might think from time to time, water is a life-giver, but it’s not our friend. It’s capable of helping us to survive, but it can take every bit as much as it can give and even more at times. The element is something that our world can’t do without since it covers three quarters of the earth and only a small percent of it is fit for human consumption. That’s a startling number since it seems to be far too low to possibly sustain humanity given how much we consume each and every day. But somehow the earth provides and continues to sustain the life that comes and goes upon and below the surface.

Water is also a curious element since it can be a solid, a liquid, and a gas. It can refresh, it can harm, and it’s been around in one form or another for longer than humanity has been around. That might sound a bit melodramatic but it’s very true, and the idea that humanity could get along without water is kind of silly since our bodies are made up of H2O to some degree. Kenneth Turan of the Los Angeles Times seems to think that it’s an exciting documentary, which only proves that different people look at things from different perspectives, thereby insuring that what person will see the next might miss. Some people might think that a documentary about water and its many properties might be a little stale and overblown, but there are ways in which a movie like this can be made into something that might wake people up and cause them to realize just how important our world is when it comes to the one element that sustains us the most.

That’s not to say that it’s not one of the most dangerous as well. Water as a solid or a semi-solid is a very tricky substance as within the trailer it can be seen as a car is making its way across a frozen lake and upon hitting a thin patch breaks the surface as the car begins to inward. A frozen lake is typically no place to drive unless one happens to know for certain that any thin spots are few and far between. It’s not just the weight of the car and the fact that one will have to be certain that they know the terrain well enough, it’s the idea that water is tricky, and thin spots might appear just about anywhere. Driving the car onto the ice seems like a very bad idea, and as Anne Thompson of IndieWire writes the creators of the movie actually wondered how they survived it.Â  Their attempt to show the secrets of water and just how impressive it could be did the trick with some, but each person it might resonate a little differently since the truth of it is that just about everyone knows that water is vital to sustain life of any type. But the fact that so many take this for granted and forget what else water can do is kind of scary. From flash floods to torrential storms to simple thunderstorms that end or begin in a deluge, water is an element that can give much but exact a pretty hefty price when it comes time.