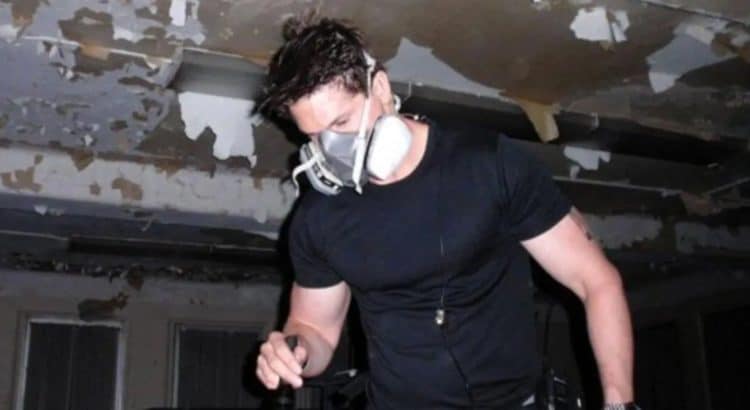 Zak Bagans is a popular member of the “Ghost Adventures” supernatural investigation team. He is frequently seen wearing a respirator mask while conducting investigations in basements, attics and a variety of old buildings. While there are quite a few viewers who have asked why he chooses to do this, those who have respiratory issues already know the answer. For those of you who are curious about this protective measure that he takes for nearly every episode, we can assure you that it’s not to draw attention to himself, nor for sensationalism. There are some very real and valid reasons why he is consistent in donning his mask in questionable locations.

Why does Zak Bagans wear a respirator mask?

The logical explanation for Bagans putting on his mask during investigations is that the environments which the team is sealed into have the potential to contain harmful molds, dust, and other allergens. Many of the locations are musty and have not been cleaned, so it’s not difficult to understand his concern. We learned from social media posts that Zak has spent years investigating a variety of old buildings, some containing mold, and even the deadly asbestos. Throughout the years, he has developed respiratory issues which are likely caused by his previous exposures to unhealthy air.

Does he truly need to wear the mask as often as he does?

The even bigger question is why he’s seen wearing his respirator even when other crew members do not. It does seem to be a bit of an overkill gesture. The truth of the matter is that he doesn’t always use this type of protection, but when there is a doubt about the air quality, he’s not taking any chances and he also directs his crew to wear them as well. While this just makes good sense, there are some very good reasons why some of the fans of the show question his seeming obsession with the mask and wonder if there is more to it than meets the eye.

Some viewers are creeped out over an incident concerning the mask

While it may seem obvious that Bagans is merely protecting himself, one incident that happened just prior to the filming of his “Deadly Possessions” episode, has lead viewers as well as law enforcement to wonder if there is more to his obsession with the mask than just his concern over asbestos, dust or mold in the air. He was seen outside of Las Vegas, at a location called Masking Heights, which is a place that sits above a gorge filled with rocks. Zak was seen throwing his air mask into the gorge, then he did the same thing to his Ford Ranger truck, destroying both his vehicle and the mask in the incident. The act made no sense whatsoever. Several different theories were flying around as to why Bagans would destroy the truck that he seemed to be attached to as well as his protective respirator mask. The rationales included demonic possession, possible drug use, or maybe he cracked under all of the stress and strain of the job. A park ranger who witnessed the event shared a chilling detail about the scene, stating that there was a look of extreme hatred on Bagans’ face, the likes of which the ranger had never seen before and it left him and many others who are fans of “Ghost Adventures” feeling confused and shaken. Has Zack finally succumbed to the pressures of the investigations that often leave him frightened and shaken, or is there something else going on? He was not prosecuted for pushing his vehicle into the gorge, and he claims that there are several spirits that he says that he has connected with throughout his years on the job, who give him comfort, along with his family and friends.

Bagans is not alone in his concern over health hazards

Ghost hunting can be a perilous line of work. His concern over the dangers which may be lurking in the air in some of these old abandoned structures is not unfounded. We learned that there are quite a few people in this line of work who have become sickened from breathing in contaminated air, and one known ghost hunter has even died from her exposure to toxins in the air. This validates his use of the mask as a matter of common sense (https://twitter.com/zak_bagans/status/385516924081160192). On his Twitter feed, there are plenty of fans who support his decision and agree that it’s the right thing to do. In addition to the dangers of asbestos and mold spores, some buildings also have remnants of lead-based paint on the walls, which adds to the list of potential health hazards. Zak isn’t the only ghost hunter who uses an air-purifying mask. There are plenty of others who insist on safety first.

Although we can’t explain why Zak Bagans threw his beloved mask and truck over a cliff, we do know that he has some very good reasons for wearing a respirator mask. He’s learned the hard way as back in the earlier days of his career, he chose not to wear the protective apparatus, and he’s paid the price through developing respiratory issues. Some fans think that ghost hunters are fakes and that the show “Ghost Adventures” is a dramatization, while others who have themselves have had paranormal experiences are not quite as skeptical. It seems that there has been a bit of controversy concerning Bagans’ fondness of the air mask, and it’s not yet clear why he threw it off a cliff with a hateful look in his eyes. It’s possible that he did this for the benefit of the television series to make it more interesting, but it’s also possible that he was under the influence of something that was not of this world. We’re hoping to hear an explanation in the future.