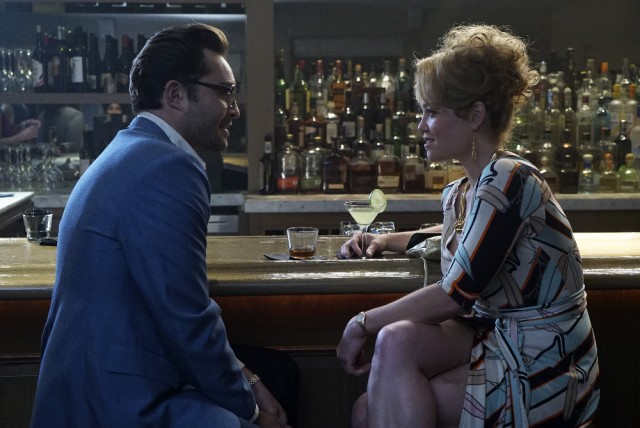 The Sunset Strip, 1982. Drugs, sex, and rock and roll make up the identity of Los Angeles at this time, but it’s the frequent murders thatÂ set the tone for Wicked City.

This is where we meet Kent, a charismatic serial killer. His signature line is “Kill me, I like giving back.”He means that literally. Kent’s latest kill pattern is to pick up a girl on the strip, make a dedication to her on the radio, drive her to a secluded place and then stab the girl while she is tending to his “needs.” Kent then goes home and has his way with the body before dumping it and babysitting a neighbor’s daughter the next day.

He meets Betty the next night with the intention of making her his next victim. His plan goes sideways when he finds out that Betty has children. Since Kent only gets off on still bodies, his first time with Betty he commands her to be perfectly still. Strangely enough, this seems like the first time Kent is actually fully comfortable with someone else. He even goes as far as to reveal his true name to her. During the course of the pilot we get to see a bit of what Betty is really like, or rather see the more dormant side of her personality emerge. Underneath the sweet mother and nurse exterior lies a bit of a sociopath who gets off on hurting others.

Detective Jack Roth becomes the lead investigator on the case. Roth is dedicated to the job and to justice for the victims. He is dedicated to his family as well, but considering he is cheating with an undercover detective I’d say his dedication is fairly split. Months after his former partner commits suicide, Roth is forced to work with a new partner who is all about climbing the ladder. Roth is determined, and decides to try to draw the killer out by holding a press conference to flat out say the sociopath doesn’t deserve attention. In retaliation Kent leaves Roth a decapitated head as a gift. After catching rookie reporter Karen sneaking into the crime scene Roth decides to use her knowledge of the strip to his advantage.

Since Betty is out as a kill, Kent must make other arrangements. He calls Karen the reporter pretending to be able to get her in backstage to a Billy Idol concert. Roth realizes that the meeting in the club is a setup meant to distract him while Kent makes off with Karen. Kent realizes he has also been trapped and so decides not to push his luck. He simply picks up a different girl, makes another dedication, and this time Betty has shown up to stand by his side. She may not yet fully realize what it is she’ll be doing with Kent, but she will know soon enough, and probably won’t be that objectionable.

Next week, Betty begins to fully comprehend what standing by Kent means, and will begin to take steps to embracing it.