Home
TV News
Will Mickey Have a Role on Shameless Season 10? 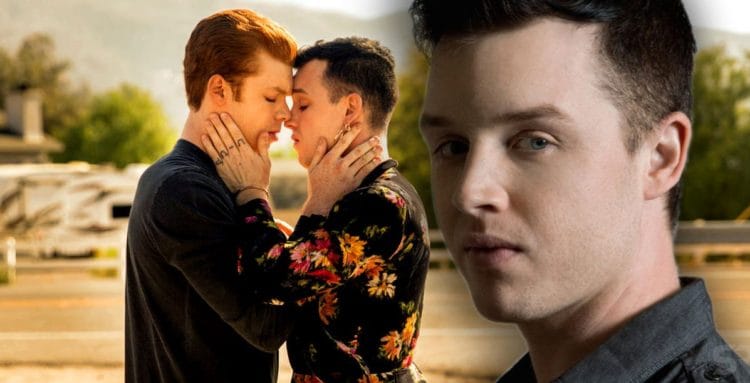 So far it’s not really known if we’re going to be seeing Mickey when Shameless returns for season 10, as not even Cameron Monaghan is really able to give the word on what’s going on between Noel Fisher, the guy that plays the role of Mickey, and the producers. At this point wondering if Noel is going to reach a deal with the producers is something that some fans might be hoping could be put to rest any day, but whether or not they actually want Mickey back is something that really depends on the story. The fact that Ian and Mickey did manage to reconnect once Ian was locked up was a ray of hope for a lot of people that the relationship might be back on track and be given another chance to work. But again, don’t hold your breath at this moment since it’s not a guaranteed lock that you should be counting on.

If anyone remembers this was the kind of relationship that, from the beginning, was kind of toxic and didn’t seem to make a lot of sense considering that Mickey was such an aggressive and possibly homophobic individual. The moment it was discovered that he was in fact gay was an eye opener since it changed the dynamic of his character entirely. From the moment he came on the scene in Shameless it was kind of easy to see that he would be something of a problem for various people and also a very detailed character. It’s easy to see how some people didn’t like him to begin with since he was kind of a coarse and very rough type of individual that in many shows is typically made up to be the scum, the degenerate, and the otherwise easily-hated bigot that is simply there to make the lives of those around him miserable.

But of course that’s not Mickey’s character, at least not entirely. If anything it was revealed throughout the many seasons that he has a lot more tender side to him when he’s not being the super-aggressive jerk that feels the need to prove his manhood and make sure that others know just how tough he really is. When it was shown that his father was even worse however and actually made Mickey look like a boy scout it became much easier to start liking him since the reason behind his aggressive and troubling behavior was easily explained. It was a survival technique as well as a means of gaining some measure of respect from those around him that allowed Mickey to remain dominant. When it was revealed that he and Ian were doing the do however it became necessary to view him in a much different since it was evident that there was a lot more to his character.

From that point however his character did start to change as the mean, arrogant person that he started as slowly but surely became the slightly more sensitive individual that we’ve come to know at this point. Mickey is still tough obviously, he’s still a bit arrogant at times, but overall he’s changed to a degree that a lot of people couldn’t have possibly seen coming from his first appearance on the show. The long road that he and Ian have walked from then to this point has been one that has had a lot of twists and turns that have been emotional and highly controversial at times, but it’s definitely created a relationship that a lot of fans have grown used to and want to see continue as the show enters its tenth season. Whether that’s going to happen or not however is something that we’ll have to wait for with fingers crossed.

Taking Mickey out at this point might seem sensible in order to let Ian’s life take another turn that people want to see, or it might be the worst thing to happen since the fans that love the relationship between the two want to see it grow even deeper. But right now it would think that it’s all up to Noel Fisher and if he wants to find a way to come back. It could have a lot to do with whatever projects he might be looking at in the coming future, but it could also have to do with whether he wants to be on the show at this point. One has to remember that some of the stars of the show have been around for a while and might be thinking that it’s time to finally move on and do something else. After all Emmy Rossum is moving on and people don’t seem to be losing their minds all that much, even though Fiona has been a mainstay for years now. If Mickey does show up a lot of people will be happy to see it, but if he doesn’t, well, then Ian will have another arc explore, so either way seems acceptable.