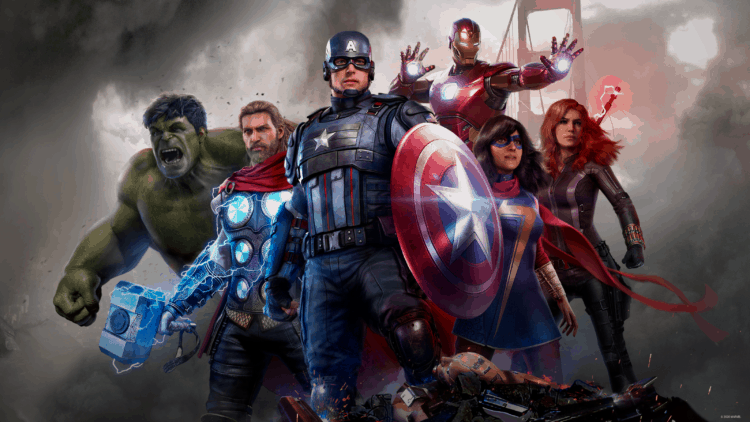 However, based on the rumors I’ve been reading on the internet, it seems that NetherRealm Studios will be taking a different route. That’s putting it lightly. If these rumors have any truth behind them, then this would be the ultimate curveball they could possibly pull. Rumor has it, there will be no next Kombat Pack for MK 11, but apparently, there will also be no Injustice 3.

When DC is around, you can bet that Marvel won’t be far behind. For the case of NetherRealm Studios and their fighting games, it seems like they’ll be crossing some borders. Oh yes, you see where I’m going with this. NetherRealm Studios is apparently rumored to be developing a Marvel fighting game. This has really got my mind into full chaos mode.

Now I have to admit, I’ve been wanting this to happen for years. The last actual Marvel fighting game that we’ve gotten was Marvel vs. Capcom Infinite. That game wasn’t exactly a hit with Marvel or Capcom fans, but it’s really the best Marvel has in the fighting game category. I remember playing the old Marvel vs. Capcom games and those were the beginning of real crossovers. It was cool stuff, and it was very fun stuff, but as a comic fan, my ultimate gaming fantasy was to have a Marvel vs. DC fighting game.

Yeah, I know I’m jumping the gun pretty quickly. I have to be real here and acknowledge that these rumors are… just rumors. Unfortunately, in this case, this rumor seems like one of those “he said, she said” types of rumors that someone heard from that one guy’s buddy. For now, I’ll take these rumors with a big grain of salt, but I must admit, I’d be lying if I said this doesn’t get me going.

Old news: if NetherRealm Studios is working under the Warner Bros. banner, then they can use the DC characters. The Marvel characters, who are owned by Disney, probably won’t be making an appearance with the other comic characters who are owned by their biggest competitor. The optimist in me would like to believe that a collaboration can happen, but when has anything close to it happen?

Last I checked, the comics actually went that far. The premise: The Avengers and The Justice League went at it and then joined forces to fight evil. This sounds like a movie that needs to be made in the future. One can hope, but of course, there’s always money involved.

If this supposed Marvel fighting game is going to happen, then it would primarily be a Warner Bros. and NetherRealm Studios property. What will Marvel get out of it if their biggest competitor is using their characters? My guess is that Disney and Warner Bros. will have to work that all out (a bit of a stretch there) but let’s just say they do. I’m speaking more as a fanboy here, but I’d like to imagine playing a NetherRealm Studios fighting game with all my favorite Marvel characters.

Obviously, I would imagine it would play a lot like the Injustice games. Makes sense, considering they’re under the superhero category, so no Mortal Kombat-style violence. That’s okay, because I would love to see a super move from Iron Man, Thor, the Hulk, pretty much all the Marvel gems. Now if we get a Marvel game, that would be cool enough. I would imagine the story being something that we’re used to seeing, like the Avengers getting back together to fight a group of villains.

Sounds like something we’ve played before. It would just be cool to have that Injustice gameplay in a Marvel fighting game. But if NetherRealm Studios really wants to get ambitious, then they can go for all the marbles and do a Marvel vs. DC game. Every comic nerd wants that. The only question is how would they go about it?

Again, why not go big or go home? If they want to go big, then have it connect to the Injustice storyline. That would basically be their Injustice 3, but with some unexpected guests. Sounds crazy, but don’t forget, the first game established that the multiverse exist. And now that other heroes from other dimensions can crossover, I can see some heroes from unlikely places coming to challenge the DC heroes.

Injustice 2 had two different endings. The good ending had Batman win and he put a de-powered Superman in the Phantom Zone. The bad ending had Superman win and he used Brainiac’s technology to turn Batman into a mindless drone. I’m guessing we can decide which ending is canon, but if the Superman ending is canon, then that would be a good set up for the Marvel heroes to join the fray.

Can you imagine the Avengers crossing over to save Batman and fighting Superman’s new regime? Oh, I certainly can, and that’s a game I would love to play. I know I said these were some fishy rumors, but the more I think about it, the more I want them to be true. NetherRealm Studios likes to be ambitious, so they shouldn’t stop at DC. I’m a fan of crossovers, and I’m a fan of DC and Marvel, so how can I so no to a Marvel vs. DC fighting game? And if it’s being developed by NetherRealm Studios, then that’s a win-win situation for everyone.