Home
Entertainment
10 Things You Didn’t Know about Will Patton 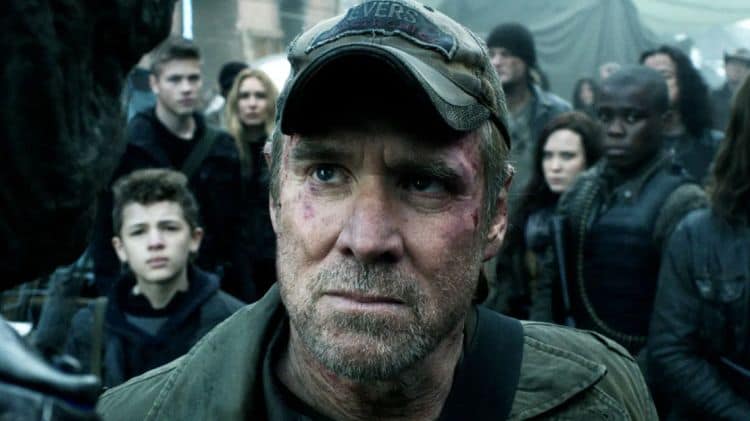 If you’re a fan of audiobooks, you probably know him more by voice than by name or face. Will Patton is the man who reads the books to you via your audio listening, and he’s really good at it. He’s been narrating books for a long time, but he is also an actor and so much more than that. He’s been in a lot of movies, shows, and more, and he’s someone who we should all get to know more about. If you don’t know all there is to know about Will Patton, it’s time to learn and find out more.

His full name is William Rankin Patton, but no one calls him that. His mom and dad might when he was acting up as a child (even as an adult, we imagine). He was born on June 14, 1954. He got to live through some pretty cool decades, and we often wonder which was his favorite.

If you want to talk about a southern gentleman, you might want to look no further than those raised in Charleston. He was born and raised just outside the city of Charleston, South Carolina, which tells us that he was raised to be as genteel as they come. It’s a deeply devout southern city with so much charm and southern hospitality.

We have a feeling he’s the most responsible, and that he probably didn’t get away with nearly as much as his siblings. He’s the oldest of three kids, and that typically means that the younger kids probably got away with a lot more since he was already the one who exemplified things for his parents.

4. He’s Got a Famous Father

Speaking of Will Patton’s parents, did you know that his father is a little bit famous? He was a playwright and acting instructor. Hew as also a Lutheran Minister, and he was also the chaplain at Duke University. There really is no way that his father wasn’t pretty famous when he was growing up.

When he was a kid, he lived on a farm. His family learned a lot living there, including how to be responsible and how to take care of things that are important to them. He also had a lot of property on which to run around, play, and have fun. He probably had to work hard while he was there, but that’s one of those things that teaches him to be responsible and to be a good person.

Will Patton is not a young man who didn’t get an education. He absolutely did. He went to the North Carolina School of the Arts, which is located in Winston-Salem. He did a lot of work there, learned a lot there, and made some big life decisions there. He also went to the Actor’s Studio as a student in New York City.

7. His Family Was Interesting

We mentioned already that his dad did all the things and had all the cool jobs, and we also mentioned that he was raised on a farm. But, did we mention that his family also had a foster home in their home, and that they spent their lives working hard to help wayward teenagers? We think that was an interesting way to live.

8. He’s Been in Cool Movies

He’s been in such cool movies. He’s been in “Armageddon,” and in “Remember the Titans,” for instance. And we know that this is something very cool. We loved both, as well as many of the other shows and movies he’s been in.

As an actor and voice narrator, we’ve heard him everywhere. But it’s his work recording audiobooks that fascinates us more than anything. He’s done more than 45 of them, and many of them have been on the Best Seller list. He’s clearly a talented man, and we really could listen to his voice over and over again.

Everyone makes some bad choices in life, but the one he made was dangerous and potentially deadly. He chose to get behind the wheel of his car in Isle of Palms, South Carolina, and drive after he’d been drinking. He was pulled over and charged with a DUI in 2015 because of it. His blood-alcohol level was over the legal limit, but we imagine he’s learned a very hard lesson after that.