Home
TV News
Will Salvation’s Coup De Grace Be The End of the World? 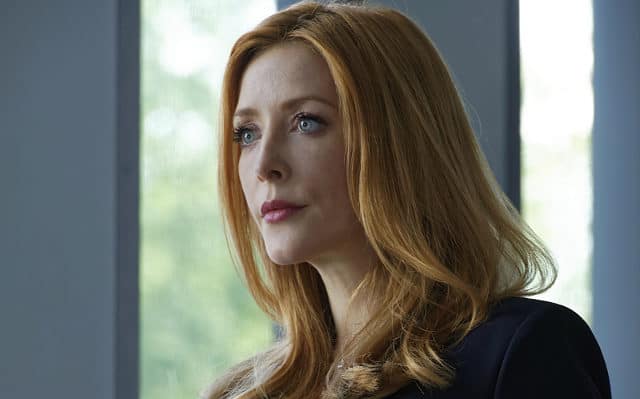 Tonight CBS is airing episode 10 of Salvation.Â Â It’s safe to say that things may be taking a turn for the worse – on the show. Â Why? Â The title. Â This week isÂ Salvation’sÂ Coup De Grace. Â If you’ve taken French – or are competent using Google – you know thatÂ coup de grace means the death blowÂ – sometimes out of mercy, sometimes not. Â So, something – or someone – is definitely going down tonight!

Now, Â last week on SalvationÂ we learned that the President is not well mentally. Â If Â Darius Tanz (Santiago Cabrera) and Grace Barrows (Jennifer Finnigan)Â successfully get a meeting with POTUS it’s gonna be a doozy! Â Especially since someone in the White House tried to kill Grace. Â Could putting the president out of her misery be the death blow? Â If so, could Grace inadvertently have something to do with putting her out of her misery? Maybe….

The thing is, Â last week Darius launched the gravity tractor using the newly invented EM Drive. Â We also saw that the hacker group Resist had an ulterior motive for helping him get it done. Â Then in the teaser we saw that Darius’s nefarious uncle, Nicholas Tanz (John Noble) has done something not good pertaining to Darius. Â The guess would be that with the help of Resist he sabotages the rocket because he wanted to thwart Darius’s dream of creating the first working EM-Drive.

Of course, this theory could be completely off-base. Â It’s not like I’ve seen the episode. Â I did see a little sneak peek though. Â (Sorry – I can’t show it to you – technical difficulties.) Â What I can tell you is Grace storms off Â from Deputy Defense Secretary Harris Edwards (Ian Anthony Dale) mad as heck! Â She also says that she’s going to tell her daughter Zoe (Rachel Drance) that the world might be ending – before she sees it on TV! Hmmm.

Tomorrow, don't miss returning guest stars @thejohnnoble and @autumnreeser in an all new episode of #Salvation at 9/8c! #SalvationCBS pic.twitter.com/4GbuEGbgmL

Autumn ReeserÂ plays Tess – Darius’s childhood friend that he was madly in love with, but broke her heart. Â She’s the sister of Darius’s best friend Lazlo (Aaron PooleÂ ) –Â who was murdered earlier this season. Â Tess is married with kids, but we could see there’s still an emotional connection between them. Â Why is she in this episode? Â Guess we’ll have to watch and find out!