Home
TV News
Will There Be a Wayne Season 2 on Amazon? 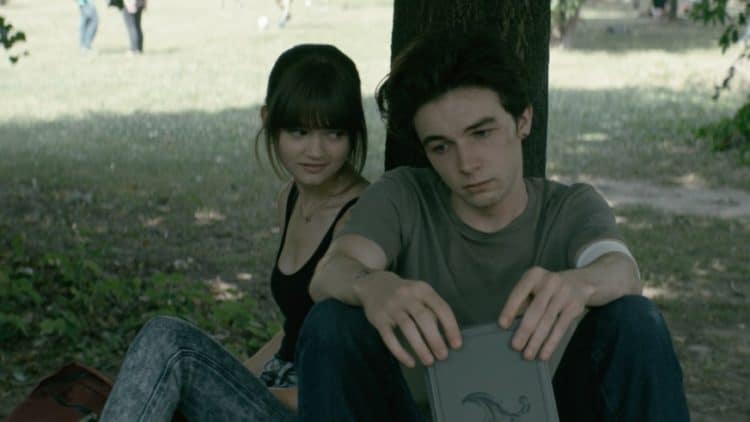 In many ways, Wayne has proven to be a surprise to viewers all over the world. The series is one of the few pieces of filmography that has somehow managed to be able to stay relevant after changing production houses, and it all goes to show how good it is. Originally an exclusive to YouTube premium services according to Thrillist, the show looked like it was done for when YouTube left the series homeless when it got dropped the scripted series. However, the series had so many fans that Amazon took it upon themselves to bring it back to life and facilitate the completion of the first season. This was way back in 2020. The writers, actors, and producers of the series did not take the second chance for granted and made sure that they put their blood sweat, and tears into finishing the series. The quality of the series is something that cannot be denied, and thus more and more fans all over the world fell in love with it. It should come as no surprise then that when the first season of the series was completed, many people wanted to ascertain that a second season was, or would be, in the works. There have been a lot of rumors on vis-a-vis this particular subject, and the aim of this article is to separate fact from fiction so that you can understand what is going on.

Even before any official announcement by the Amazon Network, many fans wondered whether the plot line from the first season of Wayne would continue into the second season and if this wasn’t the case, what exactly would the writers use as a segue into the second season. The plot of the first season is that of a young angry teen, Wayne, who is portrayed by Mark McKenna, embarks on a bloody road trip with his girlfriend at the time Del, who is portrayed by Caira Brave, in order to obtain his late father’s Pontiac Trans-Am. The story is a wild one, and in many ways, it can best be summarized, according to Looper, as mixing a John Green novel with a bit of Dirty Harry. This is the reason why so many people loved the show, and who so many are invested in knowing if it is coming back to the screen. The show is not only popular, but it is also critically acclaimed. It got a rating of 100 percent on the review site Rotten Tomatoes. It is ergo a surprise that Amazon has put the show’s fans in a state of agonizing limbo, not knowing if their favorite show is ever coming back.

Is there a second season for Wayne?

Amazon has not confirmed whether it will fund the release of the second season of the show, which is not such good news. However, it has neither denied it and in many ways, especially if you take into consideration other rumors that are floating around in the grapevine. The series’ creator, Shawn Simmons, apparently has big plans for the show’s second season. Why would the series’ creator have big plans if he knew the show was going to be canceled, right? It wouldn’t make sense. Moreover, you have to take into account, as stated earlier, that the show, at least from a critical point of view, was a success. Not many shows get a perfect score on Rotten Tomatoes. The critic website takes into account the views of both viewers and professionals to score shows and movies. This means that there is a sort of consensus when it comes to the quality of the show; it is a masterpiece. It would make no sense for Amazon to let go of a jewel like that.

When will it drop?

If there is to be a second season, when will it premiere? Is this a question that many fans are asking themselves? There is a lot to take into consideration here, one of which is the availability of the cast. It is more than likely that the cast for the second season will remain the same. The star of the show, Mark McKenna, is also the star of the Peacock series ‘One of Us is Lying’, which is in pre-production. This means that he has quite a busy schedule already. If there is to be a second season for Wayne, then it will have to be shot after the Peacock series is finished, which, by all accounts, will take a while.

Who will be the stars for the new season?

You can bet that Wayne will not be shot if Mark McKenna is not available for the second season. The same can be said with Ciara Bravo, who plays the part of Wayne’s girlfriend, Del. Other members of the first season’s cast that are likely to return include Dean Winters who plays Del’s father Bobby, Amie and Jon Champagne as Del’s twin brothers, Joshua J. Williams who portrays Wayne’s friend Orlando, and Mike O’Malley who plays the principal of Wayne’s school. Even though there have been a plethora of bloody encounters between the characters in the series, all of them are alive, meaning that it is more than probable that they will make the cut to appear in the second season. It is also more than likely that there will be some new characters too. The first season ended in a cliffhanger. And Simmons has confirmed that the lead, in the second season, would be going to juvenile. This is a completely new setting, and it is all but assured that there will be new characters in the show.

The plot for the second season?

The plot of the first season is set in Brockton, Massachusetts according to Inverse (https://www.inverse.com/entertainment/wayne-amazon-season-2-release-date ). Simmons has already said that he has written the introduction to the second season, and already mapped out how it will go, even though the continuation of the show is yet to be confirmed. The coming season’s plot has remained a secret, though, and not even the lead actors know what it will be about. However, Simmons has released some information to the public as mentioned earlier. Wayne will be going to Juvenile, in many ways the season will be about his relationship with Del and trying to win her back. All this has come as a sigh of relief to cinephiles in general and Wayne fans in particular. Everyone is anxious to see what the second season will bring.