Home
Movies
Will There Ever Be a Continuation of the Godfather Movies? 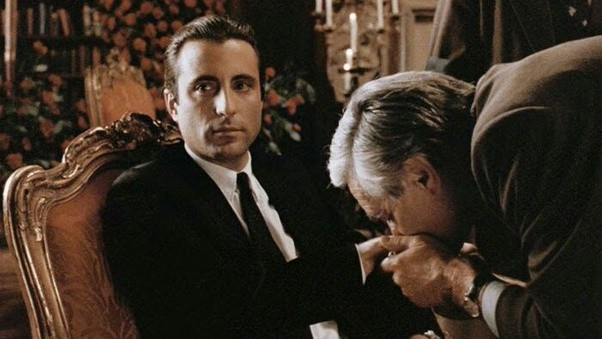 Let’s put it in a way that people should be able to understand, Vincent was not bound to be a very efficient leader, and as the head of his own family, he was also more likely to make rash and very ill-advised decisions since it was shown that his uncle, Michael Corleone, was the only that was really able to close down some of the more violent ideas that he had. Keep in mind that Vince only took action against Joey Zasa when his uncle was laid up in the hospital, and with Connie’s approval. It’s fair to say that Connie became somewhat inclined towards violence upon making peace with her brother. Michael wanted the family to go straight, he wanted to pull out of organized crime and to finally see the Corleone family earn their place in history rather than carve their way through it as known gangsters. It didn’t matter though, since once he took his first step into the life of a criminal he was stuck and there was no way out, at least not in any fashion that might have fostered lasting peace. Leaving the family in the all-too-violent hands of Vincent really wasn’t a step up since it left Michael powerless and Vincent in charge of a power that he coveted WAY too much.

If we ever did see a modern-era Godfather appear it would be past its prime as of now since shows such as The Sopranos and a number of movies and other shows have already come along to fill the gap that The Godfather left upon its conclusion. Many people would even go so far as to say that the third movie should have been a spinoff at best since despite being successful it was and still is seen as the least popular of the trilogy. Fans tend to look at this story as the life of Michael Corleone since Al Pacino took over in the first movie and was seen to be followed throughout the next two movies as every step he took involved either getting the family involved in more and more of the world around them or trying to get them out of the world of crime that the Corleone’s had been a part of since before his birth. Vito Corleone, played by Marlon Brando, was of course a big part of the first movie, but he gave way to Pacino’s character as well, as did everyone at some point. It was Michael’s story more or less, and that’s why another movie or show would be kind of ill-advised since Michael’s arc had closed out by the third movie, and the story was over. As with any story, it had a definite stopping point, but it hadn’t fully ended since Michael still had a son, and Vincent had taken over the family business, even though much of the old guard, so to speak, had passed on and the old days were pretty much over. Al Neri was one of the only relics still left from the glory days of the Corleone family, and even he would have eventually passed on.

The story of the Godfather is one that was meant to be played out in a manner that would show the life and times of one individual and those that were within his sphere of influence that were affected by his decisions and how their own decisions were in turn allowed to affect him. Michael Corleone has, for a long time, been a popular figure in pop culture that we don’t always talk about but revere in a way since his story was one of such greatness and such inherent sadness that it’s hard not to feel something when one watches the movies. After all, this is a guy that could have had a comfortable life with a wife, kids, and could have stayed well away from organized crime if not for how things had turned out. His father even admitted in the movie that he didn’t want such a life for Michael, which indicates that if he’d had the chance, he would have shielded Michael from the life at every turn. Vito Corleone turned to crime to survive at first, to get by in a city that would take everything and give nothing back if allowed. His choice to engage in crime was as much to protect the people of his neighborhood as it was to protect his family, and that same type of loyalty passed over to his children in a way, though only Michael ever really possessed the qualities that were needed to take over, as Fredo was too weak, Sonny was too hotheaded, and Connie was simply too flighty for a long time. But one good reason why we probably shouldn’t hope to see another Godfather on the big or small screen is that it just won’t be the same.