Home
Anime
Will We Be Seeing a Full Metal Panic Season 5? 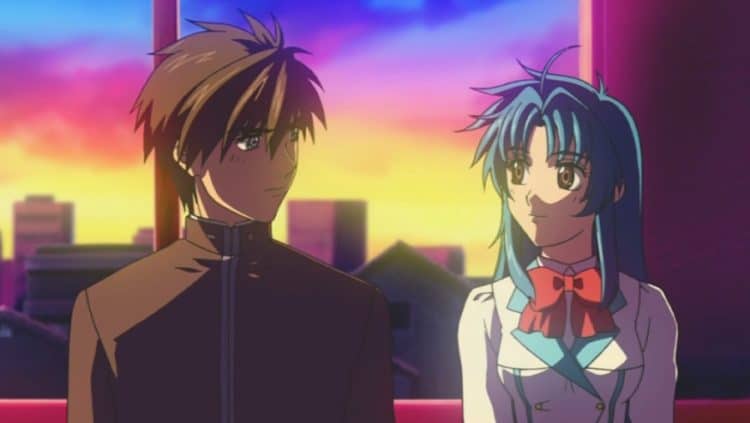 Full Metal Panic! was one of the mecha series that were popular in the 2000s. In short, it is centered on an ex-child solder named Sousuke Sagara, who has been tasked by the private military organization called Mithril to protect a high school student named Kaname Chidori. Chidori is important because she is one of the Whispered, who are people who have super-tech concealed in their subconscious, thus making them much sought-after by national governments as well as a wide range of other entities. With that said, Full Metal Panic! is characterized by mecha called Arm Slaves, which play a very important role in the more serious parts of the series’s narrative.

Can We Expect to See a Season 5 of Full Metal Panic?

Currently, Full Metal Panic! Invisible Victory has seen the release of one season of 12 episodes, which covered Volumes 7, 8, and 9 of the light novel series. However, there are still three more volumes that remain to be covered, meaning that there are a lot of interested individuals who suspect that there will be a second season for the anime series that will finish up the main narrative.

At this point in time, the hypothetical second season has not been confirmed from an official source. However, the sales for Full Metal Panic! Invisible Victory were respectable, so much so that it placed in the top ten for the season in spite of the time that has passed since the last anime series. As a result, while a second season hasn’t been confirmed, the performance of the first season suggests that it will be coming sooner rather than later. Unfortunately, the lack of information means that there is no real way to predict when it will be coming, though it seems probable that there won’t be another decade-long gap like the last one.

With that said, while it is an excellent thing that Full Metal Panic! will be receiving a conclusion to its main narrative, one can’t help but wish that it would receive a follow-up to Full Metal Panic? Fumoffu as well. Yes, the use of Arm Slaves mixed with political shenanigans is a combination that has characterized the series to a significant extent. However, there was a time when Full Metal Panic! was famous for its particular sense of humor as well, which was based on Sagara’s skewed perspective because of his rough childhood running into the hot-tempered Chidori, who played the straight-woman. In fact, Full Metal Panic? Fumoffu is named thus because of the catch-phrase of an in-setting mascot character called Bonta-Kun, whose costumes Sagara turned into very effective suits of power armor that resembled nothing so much as teddy bears in full military costume. Suffice to say that this made for a very amusing sight in the mega-crossover Super Robot Wars games, which actually featured Bonta-Kun suits in some of them. Unfortunately, the chances of a follow-up to Full Metal Panic? Fumoffu are low, particularly since the anime is being done by a different anime studio than the one that handled the comedic side-series.