Home
TV News
Will We Ever See a New Season of Futurama? 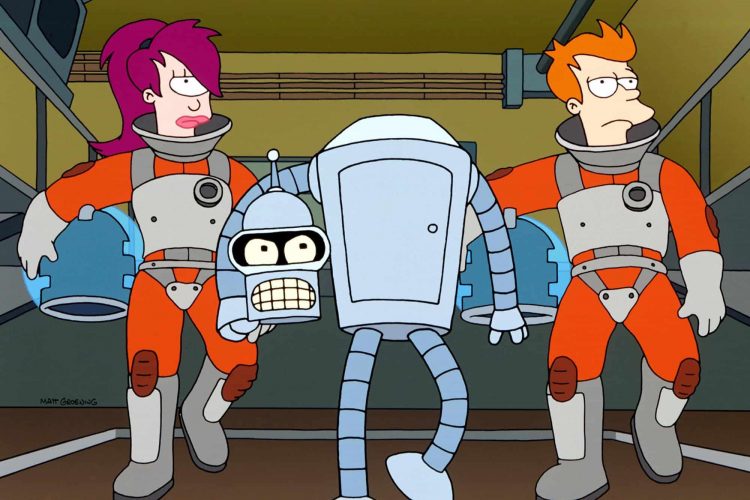 In a couple of words that Patrick Phillips of Looper could agree with, not likely. Futurama is one of the few animated shows that came on after the Simpsons had already established its dominance and still did good enough to last for several seasons before getting the boot from Fox. From that point it went over to Comedy Central and lasted another several seasons before it was finally axed for good in 2013. At this point the idea of seeing another season come around doesn’t seem like it might be the highest priority of those that might think it to be a good idea, but honestly one can’t really blame anyone for not pulling the trigger on another season since to be fair it does seem as though the show ended as it should have. A lot of fans might say no, no of course it didn’t, we could have gotten a lot more of that show had it been allowed to keep going. But really, shows that are this great still tend to walk a fine line when it comes to overstaying their welcome. Shows such as The Simpsons, Family Guy, and a few others have been around for much longer and seem to have done quite well, but one has to account for the slump in their ratings every so often as well, as things aren’t always roses and sunshine. Every now and again people still desire something different.

That could be why Futurama enjoyed such huge popularity, it WAS different and it attempted to keep things moving in a way that wasn’t fully expected by the fans. In that manner it was fairly easy to keep them guessing and to keep them entertained. But if anyone knows Fox at all they know that there are only a few shows that the company was bound to keep around and those were usually the programs that generated the most money. While Futurama had a great and very loyal fan base they were still made from the insanely humongous fan base that the Simpsons have enjoyed for so long. Some people were all about Futurama, but a lot of folks couldn’t help but stay loyal to the show that helped this one exist.

The fact that this show lasted as many seasons as it did is a testament to how much people enjoyed it, but there was also the fact that it had emanated from a show that had already lain down strong roots and could start producing other shows if the interest was great enough. Personally, watching Futurama for the first time I’ll admit to being slightly confused as to what was going on, but after a while it became a pleasant and endearing show that was more than adequate for the entertainment needs of so many. Laughing at and with the main characters became easy and the fact that a few very recognizable celebrity voices showed up made it even better since it created the idea that the showrunner was actually thinking of the fans and what they might want to see and hear. That’s one thing that Matt Groening has done beautifully throughout the years, he’s paid the fans back for their loyalty and he’s done it in a way that aims to please them in a big way. It’s true that not every fan is going to be appeased by what they see on the screen whenever they watch their favorite shows, but a creator that pays attention to their wants and needs and can at least try to accommodate the fans while still keeping the integrity of the show is someone that has the right idea of how to create something that people can fully get behind. Carol Pinchefsky of SyFy Wire might have an interesting take on the show you might want to look at.

You could say that people were pretty bummed when this show went off the air but the truth is that the fans still mention it and are somehow still holding out hope that Groening will come to his senses and start it all back up again. It’s true that sometimes it’d be nice to see the show just continue to go on and on, but there are moments when things need to finally be given a rest and the story needs to exist in its own universe or in the minds of the fans. Overdoing something to such an extent is almost never the answer since all that happens is that the story eventually degrades and becomes less palatable to the audience and therefore a dim memory of what once was to the fans. Futurama ended the way it needed to, that’s a fact that a lot of people need to get on board with since it’s not bound to change anytime soon. At this point, six years after it was ended, people just need to find another show to focus on or at least enjoy the good memories of this one.