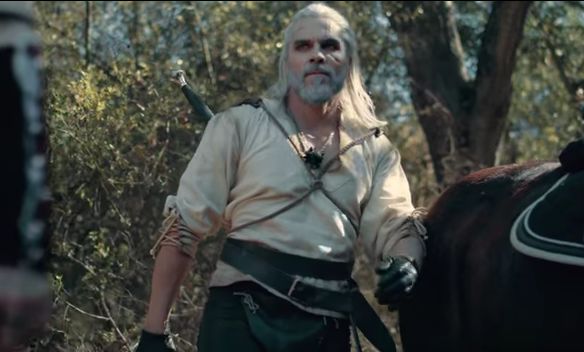 Cosplay has become its own world over the last decade.Â  Simply put, Cosplay is wearing costumes.Â  So instead of just saying “wearing a costume” Cosplay has a nicer ring to it, not to mention hits home to a lot of gamers and anyone who likes to portray their favorite characters from games and movies.Â  In fact Cosplay is so widespread that there even exists professional Cosplayers who take their talents to shows like Comic Con and other comic, movie, and video game tradeshows.

One cosplayer who has developed a great reputation for accuracy is Maul better known as Ben Schamma.Â  In his most recent cosplay, Ben represents a favorite character from Witcher 3, Geralt of Rivia.Â  But rather than just take photos, an extremely solid short film was put together.Â  If there was a Witcher 3 feature film, this would be the choice for a trailer.

The movie was directed by Leo Kei Angelos and produced by Erika Rogers, who also played the role of Triss.Â Stephan Bender played the bloody bad guy. Schamma is a cosplay genius and (aided by Maja Felicitas) has morphed into a bunch of gaming heroes, including Joel from The Last Of Us,Â Elder Maxson from Fallout 4, Corvo from Dishonored and Big Boss from the Metal Gear Solid series.Â

Enjoy the video below: