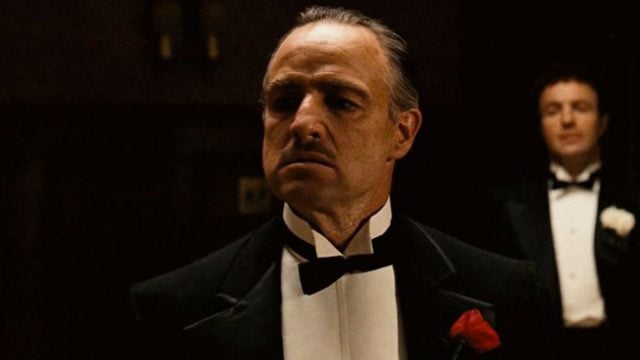 There’s a reason you never hear the word ‘mafia’ in The Godfather. If you happen to think that the movie was just a film glamorizing and showing the supposed realism of the mob then you should go on believing that since it’s a far more pleasant fantasy than the reality. As of now the mob is no longer what it used to be, meaning it’s not made up of killers and hitmen that will gladly whack a person because they’re boss tells them to. There are still plenty of killers in the world and there’s no doubt that whatever remains of the mafia is still capable of great violence, but the days when the streets ran red have all but subsided now that law enforcement has finally cracked down on them for good. Back in the days when The Godfather was being filmed however there were several instances when real life crime was used in order to prevent the movie from being made.

Joseph Colombo, the boss of the Colombo crime family, was noted as being able to bring the kind of muscle that would make it hard if not impossible for Coppola to finish his movie. They didn’t want the film being shot in the neighborhood and they certainly didn’t want it depicting Italian-Americans in such a negative light. Of course they also didn’t want their business being revealed through film, even if people might have thought that it was all drama and little substance. It was still too close to the truth obviously since the theft of a truck hauling a million dollars worth of equipment and sinister phone calls that were used to threaten the actors tended to happen far too frequently for the liking of the cast and crew.

At one point the film’s producer sat down with Colombo and asked if he might be allowed to continue the movie without any further intimidation tactics. Joseph Colombo had one request before he would give the okay for the intimidation to stop, and that was that the movie never mention the words ‘mafia’ or ‘Cosa Nostra’. The producer obviously agreed, but Colombo was shot in the head and neck not too long after this. This was done by the other families, the Gambino’s and Luciano’s, who had warned Colombo what would happen if he gave the go ahead for the movie. They were very much opposed to their business being shown in film and yet did nothing to stop it as The Godfather continued.

It was a small price to pay really for creating such an iconic movie, but one thing the mobsters shouldn’t have worried about was what people thought about them. Public opinion didn’t change all that much, people either despised or somehow looked up to the gangsters that still existed back then. The manner in which the Corleone family ran their business and interacted with the other families didn’t really put a spin on the real life gangsters one way or another. There’s a big difference between a movie and real life, and a lot of folks managed to realize that.