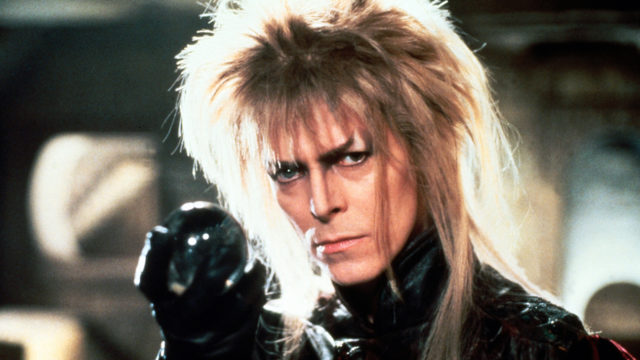 March 25, 2018 is the date set to unveil a new David Bowie statue. Bowie performed in Aylesbury, Buckinghamshire on September 25, 1971. His setlist for the concert at The Aylesbury Friars Club included 14 songs. He said that he performed there to learn if he could do a live performance. He took along Trevor Bolder, Mick Ronson, and Woody Woodmansey for the gig, and afterwards told them all that it was a great gig, and that they should get together in a proper band to continue performing.

Just four months later, the newly formed band returned to the Friars Club to test out “Hunky Dory” songs on the audience. Their performances of songs from what would become an album release gave Bowie the chance to reveal the persona of Ziggy. When the album was finally released, what were once only trial songs became standard Bowie concert fare.

The crowd at the Friars Club was small that first night. But eventually, Roger Taylor and Freddie Mercury were audience members. They weren’t famous at the time, but they would go on to form Queen. Not only would Bowie debut ‘Hunky Dory” at the Friars Club, but he would also debut “Ziggy Stardust” there, too. He included references to Aylesbury Market Square in the song Five Years which is from Ziggy Stardust.

The statue in Bowie’s honor carries the title “Earthly Messenger”. It is the artistic creation of sculptor Andrew Sinclair. Sinclair created the statue in bronze. It has speakers mounted over it which are scheduled to play Bowie’s songs. Every hour, one of 2,000 selected tracks will be played. The monument is to be placed under the arches of the Market Square, and it’s going to located quite close to the Friars Club as well.

The monument to his work and Aylesbury beginnings was raised through a 40-day Kickstarter fundraiser. The successful campaign resulted in the amount of Â£115,199 and several grants to create the statue. Ziggy Stardust is the central figure in the monument, and Bowie in other versions is sculpted in bas relief, full figure, and busts-all circled around the central Ziggy persona.

There is a petition in the works to change the town’s name from Aylesbury to Aylesbowie. With the statue scheduled to be unveiled in the town square, the man spearheading the petition drive said that a name change would be normal for the town. David Stopps, who organized the petition, noted that town records indicate that the name has had 57 variations so far. Stopps has operated the Friars Aylesbury for 47 years and has continued to bring awareness of Aylesbury’s strong connections with Bowie. One spokesperson for the Buckinghamshire County Council added that it might be interesting to think of the town as Aylesbowie on March 25.

The legendary Bowie is brought to life in bronze by the acclaimed Andrew Sinclair. Sinclair won the commission to sculpt the life-size statue. His work was supported by 747 individuals who pledged funds. They came from all around the globe: Canada, Australia, France, Italy, Spain, Germany, Ireland and the USA. Close to 500 UK contributors and 125 US contributors participated, along with eight backers who gave the maximum amount of Â£6,000 per backer in a backing mix of companies and individuals.

Sinclair was ecstatic to be given the honor of creating the tribute to Bowie. Sinclair lived in and kept his studio in Buckinghamshire for quite some time, before moving to new studios in Devon which were near to the high-speed rail network planned for the area. He considers his sculpting style to be contemporary realist, so his goal was to create a true and relevant portrayal of Bowie. The many versions included in the monument recognize Bowie’s inspiration re-invention of himself and his multiple personas, and it is truly amazing.