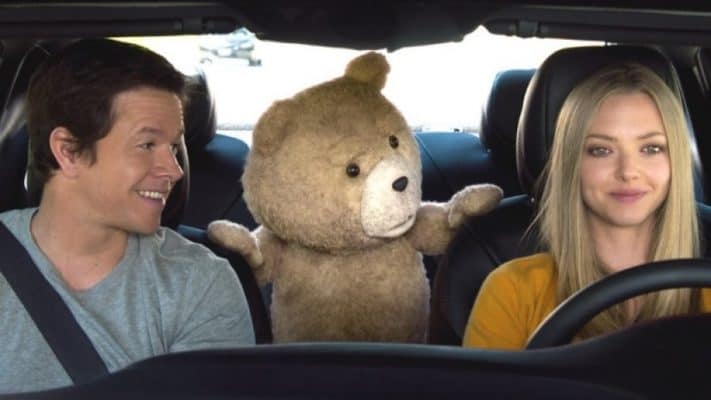 Mark Wahlberg has come a long way from his Marky Mark days, and as much as Wahlberg has matured over the years, not all of his movie roles followed suit. Wahlberg is certainly a talented actor that can do it all–action, drama, and comedy. However, he did make a few movies that were just absolutely deplorable, especially for someone like him who’s got limitless star power and incredible talent. We forgive him because he’s given us plenty of great films to watch, but we hope that Wahlberg stays on the path of greatness and not the opposite. Here are five of the worst films of Mark Wahlberg’s career.

Not every film warrants a sequel, and when it came to the Daddy’s Home franchise, we could probably say that one was truly enough. The first movie had its moments, but none of it was enough to rectify what was unfunny. Wahlberg and Ferrell had tons of natural chemistry in the first film, but the writing for the second one was so terrible that it put Wahlberg in a really awkward situation. It’s unfortunate, but he was even nominated for the 2015 Golden Raspberry Awards for the Worst Actor category. Don’t even get us started on the holiday theme because it just puts a bad taste on our mouth. We love the holidays for many reasons, but this movie is definitely not one of them.

Who among us even remember this film at all? Not many people could say that they’ve even heard of this film, and it isn’t because it’s so old. The action thriller featured Wahlberg and actor Chow Yun-Fat in a turf war action film set in the streets of New York’s Chinatown. It seems to have all the right pieces for a good movie, and it just wasn’t puzzled correctly. It’s difficult to comment on the performance of the actors as well. What would normally be something right for Wahlberg ends up being an underwhelming portrayal. You can sit through the whole film and walk away with a mild sense of dissatisfaction, and it really wasn’t Wahlberg or Chow Yun-Fat’s fault or any of the cast’s faults really. You can easily put the blame on the lack of directorial integrity.

M. Night Shyamalan is always a hit or miss, but there’s something to say about his ideas that really make us all curious. The movie starts off with tons of promise, with the fear factor being one of them. Shyamalan does well introducing this fear factor, but the rest of the film becomes a whirlwind of a mess and the final blow ends up being a bit of a letdown. Wahlberg wasn’t right for this role at all. It just didn’t fit him at all. Wahlberg’s the type of actor who runs towards problems to tackle them. The entire movie of running away just didn’t suit him. Again, Wahlberg was nominated for a Golden Raspberry for Worst Actor in this film.

Wahlberg and MacFarlane were funny together; that’s sure enough. However, one film was probably enough for the juvenile-type comedy that most people could probably only tolerate for so long. The film was trying so hard to be more than what it was, and it probably would’ve been better if it just stuck to what it knew best–just make people laugh. There were moments when we laughed out loud, and there were times when the material was so bad that cringing was just the natural reaction. We can’t blame Wahlberg for it. After all, he was the reason why the first installment was good to begin with.

Would it be safe to say that Wahlberg and Thandie Newton weren’t close to the Grant and Hepburn chemistry combo? Yes. That’s probably what it was. This 2002 remake of the 1963 original fell short in so many ways, casting being one of them. Wahlberg and Newton are great actors in their own rights, but together, they just didn’t work on screen. This film was terribly received worldwide offering a global consensus of a negative review. It’s probably one of Wahlberg’s biggest box office flops ever, making only $7 million worldwide. It didn’t even get its own DVD release because the studio knew it would’ve been a no-sell.