Home
Movies
The Worst Movies Denzel Washington Has Ever Appeared In 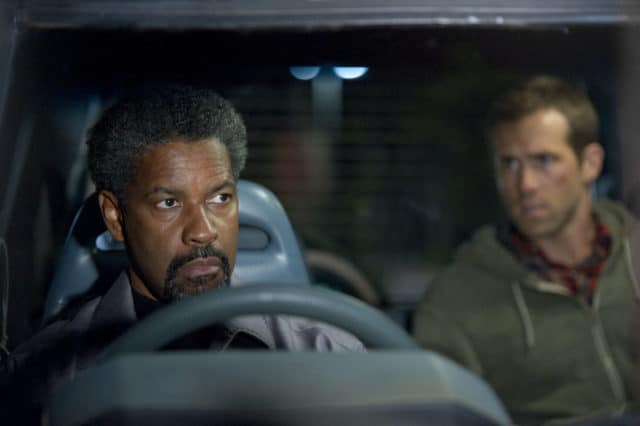 It’s hard to believe that an actor as great as Denzel Washington couldn’t drag any movie from the realm of the horrible into the house of mediocrity at the very least, but some films just aren’t as able to be saved as others. Even Denzel can’t do everything, especially with so much already working against him. The idea that he could save any film is a nice one and something that his most devout fans would no doubt argue about until they’re blue in the face. But the short and simple answer is that there is no actor that can claim a perfect record when it comes to the movies they’ve starred in. They can give it their best, that’s all they can do, but sometimes even the best actors can’t perform miracles.

Here are some of the worst movies that Denzel has been in.

This movie was supposed to be flat out awesome but all it wound up being was waiting for something to happen, watching Ryan Reynolds being bored out of his mind in a secret safe house, and then a little bit of excitement when Denzel comes in, and then more boredom. Eventually it became a giant game of let’s mess with Ryan Reynolds as his character is beaten and led on a merry chase around a stadium.

There is just no chemistry at all between Wahlberg and Washington, none. I would gladly challenge anyone who’s seen this movie to tell me about one scene that they can remember with any clarity and/or fondness. A single scene that could help defend this trainwreck and it would then be feasible to say it was “ok”. Until then, it’s a movie best forgotten.

It’s basically a giant video game in which Denzel has to track down a killer that is made up of multiple personalities and has the murderous tendencies of all of them. Â The one that he’s going after in particular is the same man that killed his family, so it’s a very personal race to the finish in this science fiction mindbender that would have been better off not casting a star like Denzel.

You figure that you should be able to pair Denzel with anyone and it will turn out okay. Not really. While they weren’t the worst team on film, Angelina Jolie and Denzel Washington still weren’t quite good enough together to really mesh. It almost would have been better if they’d given Ed O’Neill a bigger role and made him Denzel’s partner. It certainly couldn’t have been any worse.

You might wish this one was only deja vu since it was so horrible you only want to see it once. Anything involving any kind of advanced or even futuristic tech is something that Denzel should stay well away from it seems. Once he’s in it then he’s in it and he’s going to make the best of the experience. But sometimes there’s just no getting away from a bad experience.