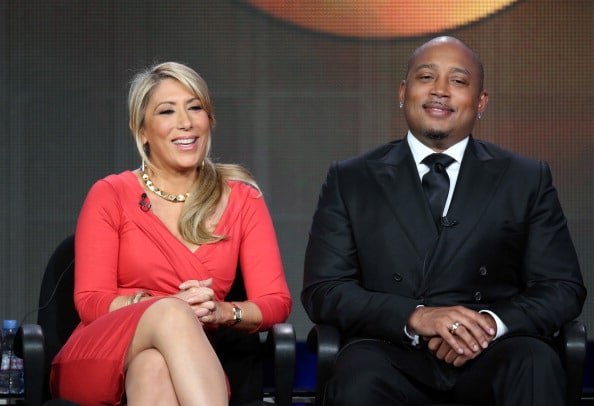 Shark TankÂ is currently in its sixth season on ABC. The cast, that includes Mark Cuban, Kevin O’Leary, Barbara Corcoran, Daymond John, Lori Grenier, and Robert Herjavec, recently just celebrated their 100th episode. Over the years, the Sharks have been pitched many different products. Some of those products have made the investors even richer (Wicked Good Cupcakes) while others turned out to be very unsuccessful (Toygaroo). However, not all the contestants that appear onÂ Shark TankÂ even get an offer. Here is a look at some of the worst products to be featured on the reality show.

I think everyone can agree when you lose a sock it can be a very lengthy experience searching the house to find it. Sometimes you may even think the washer or dryer is to blame. Well, someone decided that making socks in packs of three and calling them Throx was a good idea. However, where does the owner put the third sock that is not being used? Most people would probably end up losing the third sock before it even came time to need it. And what happens if you lose two socks?! The Sharks did not bite on this horrible idea, so you will not be seeing Throx lining the shelves of Target anytime soon.

We have all experienced this at least once in our lives. We are out in public and cannot find a restroom when we really, really need one. This happens a lot more often when you have knocked back a few cocktails beforehand. When people are golfing, they tend to be drinking and are not always able to locate a restroom. Dr. Floyd Seskin decided to invent the Uro Club. When the golfer needs to urinate, he is able to do so by peeing in a hollow golf club. Not surprisingly, the Uro Club is not suggested for women. Most men would rather walk over to the nearest tree to relieve themselves instead of going in a golf club, but that did not stop Kevin Harrington from making an investment on this useless product.

The American culture thrives on bacon and most people do enjoy the smell of it cooking early in the morning. The idea of having an alarm clock that cooks the bacon for you seems like a good idea. As soon as you wake up, you can turn your alarm off and eat some bacon without having to leave the comfort of your bed. Then you realize that in order for the bacon to cook in your alarm clock, you must set it in there before you turn in for the night. That means the raw bacon will sit unrefrigerated for hours while you dream the night away. Another problem this product faced was what if the person overslept? The bacon could continue to cook and potentially burn. The Sharks were not impressed and did not invest.

Picture it. You are going for a stroll on the beach. It is a hot day and you are sweating and dying of thirst. You need something to drink and see a stand that is selling smoothies. The name of the establishment is called Moberi. You ask to purchase a smoothie and the worker tells you that you must hop on a bicycle and pedal to power the blender that is going to make it. You are not in the mood to pedal a bike, so the worker volunteers to do it for you. He does let you know that it will take several minutes longer to make the smoothie than at any other place. Oh, and did he mention it will cost about $2 more than the average smoothie? You decide to walk the two extra blocks to Starbucks. They may spell your name wrong, but it only takes about a minute for them to make the perfect smoothie. The Sharks decided to walk away as well.

This is a product that anyone could come up with. It was a stuffed elephant encased in a Plexiglas case. If a couple was in the middle of anÂ argument, they would grab Elephant Chat and take it out of its casing. In other words, it would be used to discuss “the elephant in the room”. The couple would take turns voicing their concerns and hopefully be able to reconcile. This idea seems laughable, however that is not the most absurd thing about this product. The sale price was $60. You could go into your child’s room, find a stuffed animal, place it in some Tupperware, and you have the your own version of Elephant Chat, for much cheaper. Of course, all the Sharks left the elephant in its casing and walked away.

The purpose of candles is to cover up unwanted smells. Man Candle is the exact opposite. These are candles with scents that are intended to be catered towards males. Some of the signature scents are a basketball court, pot roast, popcorn, beer, and everyone’s favorite: fart. Most man caves already smell like the scents that these candles were giving off, so what is the point inÂ buying them? The Sharks did not see one, so they refused to invest. Even if a horrible product like Man Candle is featured on Shark Tank, they still peak interest in some people and manage to increase sales. Man Candle did not garner any success after the show and the website went dark shortly after the airing.

Did you ever wish you knew where your infant child was at all times? Now you no longer have to wonder with Squeeky Knees. They are infant pants with dog squeak toys built inside them. Now you will hear these loud and annoying noises as your kidÂ crawls around the house. Now you will always know where you child is. Or you can actually just watch your son or daughterÂ and not go crazy from all the squeaking this stupidÂ product provides. The noises turned the Sharks off too. They did not invest.

Which product featured onÂ Shark TankÂ do you think was the worst? Let us know in the comments section below.