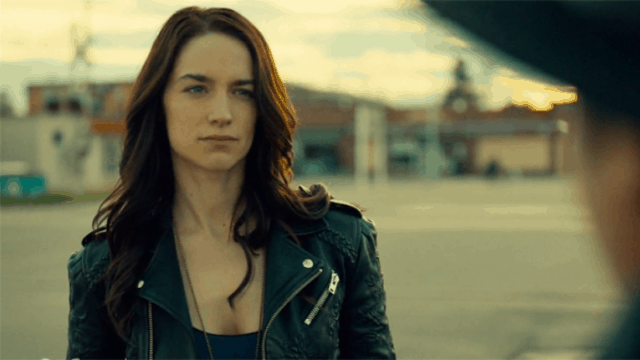 Wynonna Earp is the titular character of the Canadian-American TV show of the same name. In brief, she is the great-great-granddaughter of Wyatt Earp, the famous gunslinger from the American Old West. Due to a curse placed on her family, she is entrusted with a special pistol called the Peacemaker so that she can put down the 77 outlaws killed by her ancestor, who have risen as revenants out for revenge. Combining Western elements with a supernatural horror setting, the result is one of the best TV shows out there at the moment, meaning that interested individuals should not hesitate to catch up with the first season so that they can follow the second season as it is being broadcast.

Here are the reasons that Wynonna Earp should be considered must-watch TV:

Wyatt Earp was a real person from the American Old West, so it should come as no surprise to learn that Wynonna Earp makes extensive use of its lore. For example, Doc Holliday is one of the characters on the TV show, who is recognizable as the historical person but with an interesting twist in that he has been rendered immortal by a witch’s curse. Furthermore, other bits and pieces of the American Old West show up in Wynonna Earp as well, which is rather unsurprising considering the fundamental premise of the TV show.

Each of the revenants is a character with their own background as well as their own special powers, thus making the fight against them that much more interesting. Better still, the more long-term villains are just as interesting, with examples ranging from Constance Clootie the Stone Witch to the leader of the revenants Bobo Del Rey, who is much more charismatic and much more cunning than one would expect based on his name. Finally, it is worth noting that there are more than just revenants running around in the setting of the TV show, meaning that viewers need have no fear of a lack of villainous variety.

Wynonna Earp can boast of having one of the best sisterly dynamics on the TV screen at the moment. First, both Wynonna and her sister Waverly possess skills that the other lacks, meaning that they form a formidable team with neither one dragging down the other. Second, while the two love one another, there is a clear tension between them, with Wynonna being hesitant around her younger sister after having been away for so long while Waverly is still clearly hurt by Wynonna’s choice to leave their hometown in the first place. Third, the TV show plays around with the concept of the “Chosen One” that is so common in genre fiction, which is complicated by Wynonna living in the shadow of her dead older sister Willa who should have inherited the role as well as by how much of Waverly’s life has been spent on preparing for the fight against the revenants.

Naturally,Wynonna Earp’s excellent writing extends to the rest of its cast as well. Better still, the TV show’s relationships are not just great examples of positive representation but also well-done in a way that is all too rare. For example, Waverly’s relationship with her girlfriend Officer Nicole Haught is not used for either shock or queer baiting. Instead, it gets built up over the course of the season like any other relationship should be while also neatly dodging the tendency for TV shows to kill off their LGBTQ characters. Combined with the numerous female characters who get the chance to be awesome on the TV screen as well as the avoidance of common but nonetheless problematic storytelling tropes, it is no wonder that Wynonna Earp has been hailed by a lot of fans for its positive representation.