Home
The X-Files
The X-Files: A Collection of “Scully’s Eyes” Freeze Frames 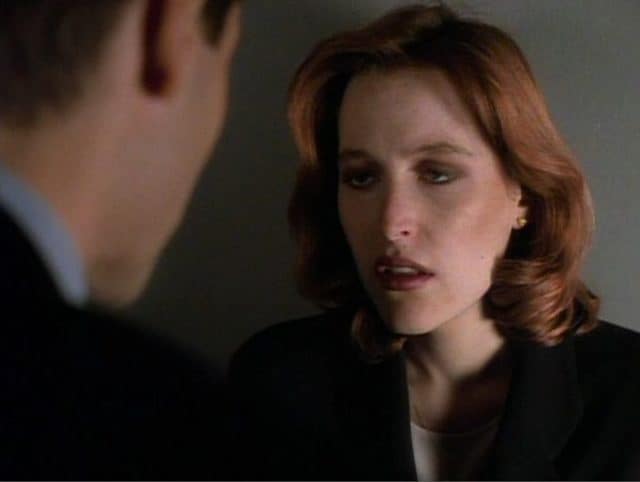 Dana Scully has been labeled as one of the most attractive characters on TV, and it’s pretty obvious why. The woman is in fact very appealing and for more than just her looks. She’s a very opinionated and strong character and has the distinct advantage of knowing how to counter Muldur when no one else seems able to. Plus, she puts up with him on a constant basis which is worth noting all by itself. But her eyes are one of the most alluring parts of her that people seem to notice. There is even account on Tumblr that is dedicated to nothing but Scully’s eyes. It might seem weird, but this is the X-Files we’re talking about, weird is par for the course. 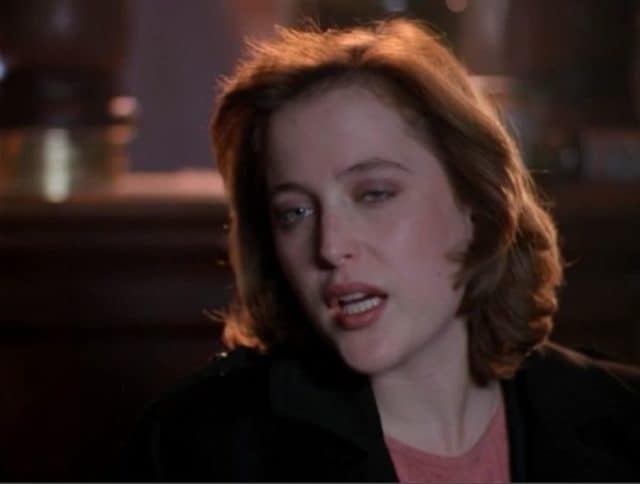 At times her eyes make her almost look like she’s perpetually tired, as though dealing with Muldur has sapped any lasting energy she might have once had. 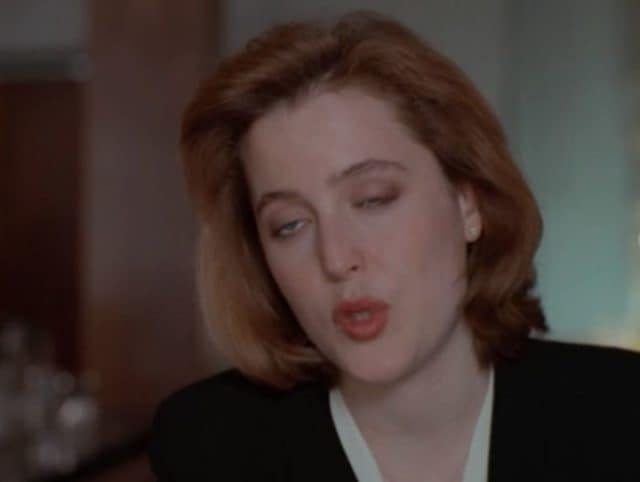 Do you see how that left eye always seems to droop before the right? Here she just looks like she might in the middle of a blink or once again just REALLY tired. 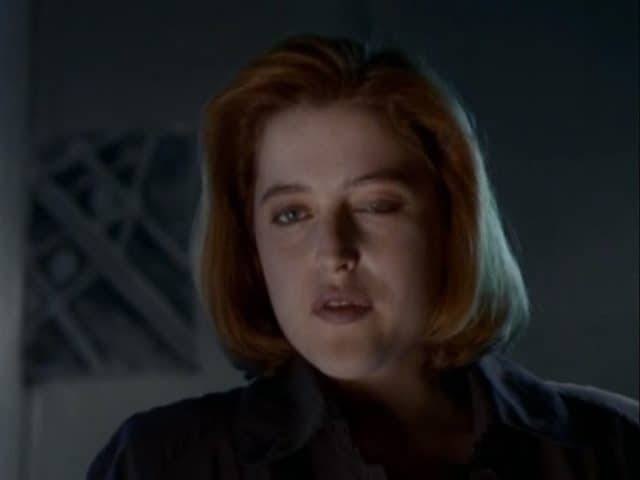 Here her right eye might actually be closed due to damage of some sort. We all know that Dana Scully has been through the ringer a time or two in Fox’s company. 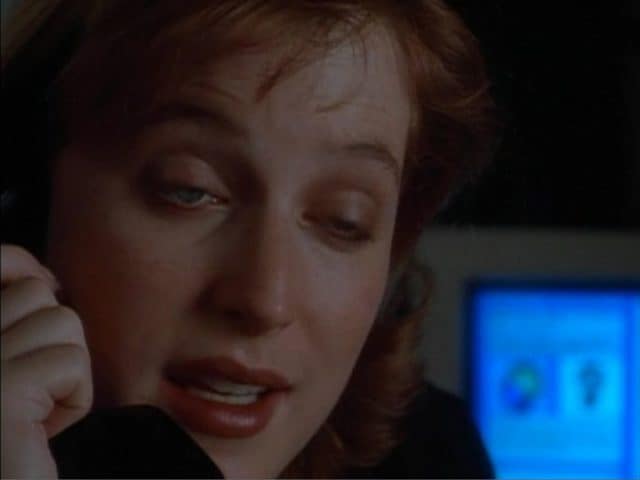 Maybe Gillian Anderson just adopts a sleepy-eyed look when she’s on the show, unless she’s supposed to look surprised at least. 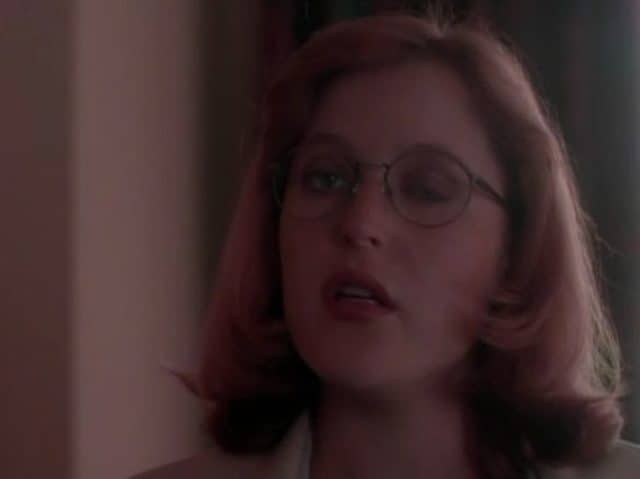 What is up with that left eye? It can’t seem to stay open even when the right is on point. 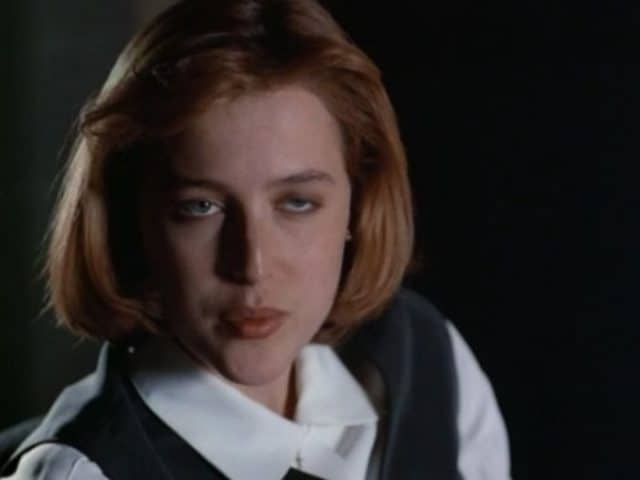 Could she possibly have a lazy eye problem? It’s not uncommon with some folks and it can come back even after years of correction. 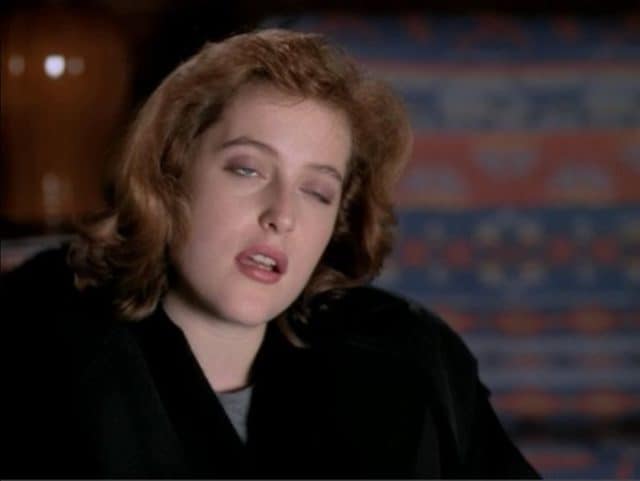 She just looks like she wants to be anywhere but there at that exact moment. Maybe Fox is unloading another conspiracy on her. 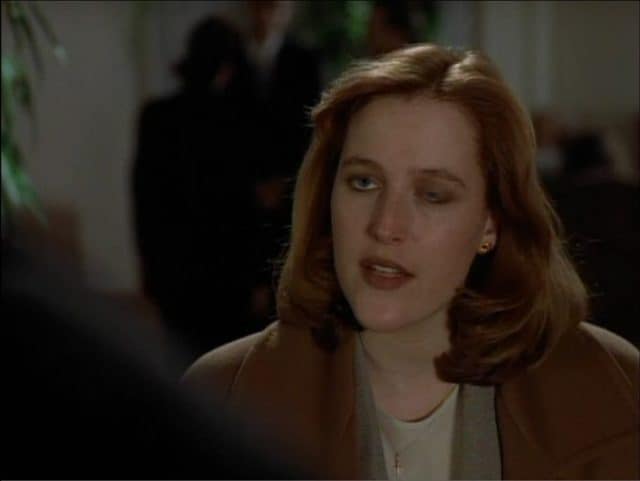 Okay, is that eye thing bugging anyone else because to be honest it’s kind of tripping me out really. It’s like she needs some sort of special tape to keep that eye up. 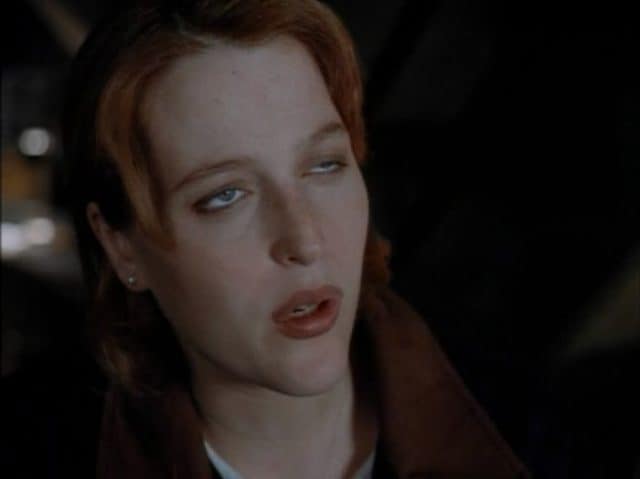 Does the director ever notice this? Or is it there and gone so quickly that the only way anyone can see it is with a snapshot? 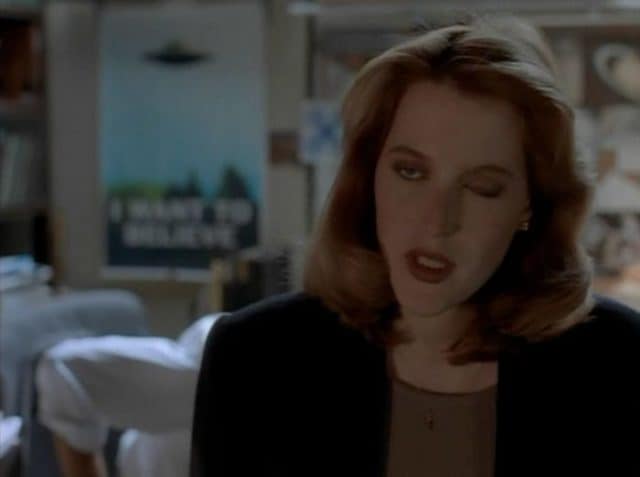 It’s like one eye blinks and then waits for the other eye to catch up. Or maybe the right eye is just too quick and closes of its own accord. 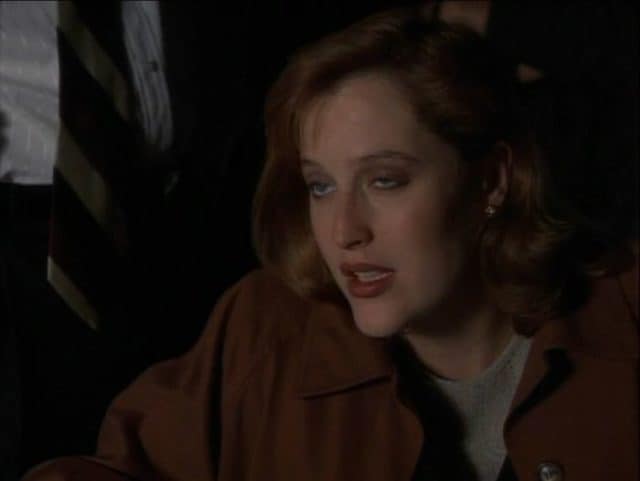 Finally a shot with both of her eyes mostly open. But that right is starting to close it looks like. 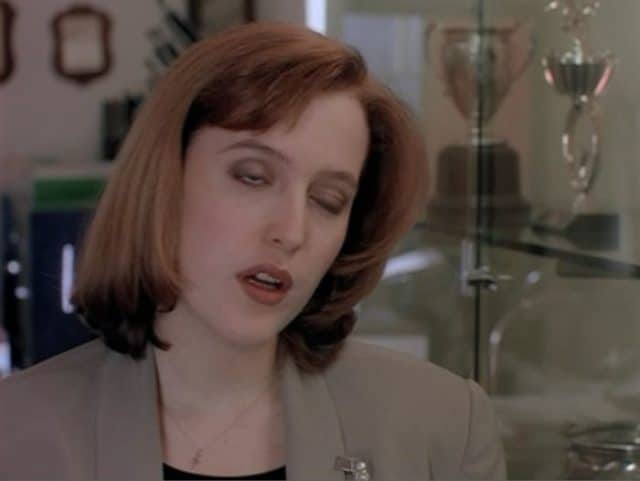 They either catch her in mid-blink or she’s ready to keel over most times. How much sleep does she get before a shoot? 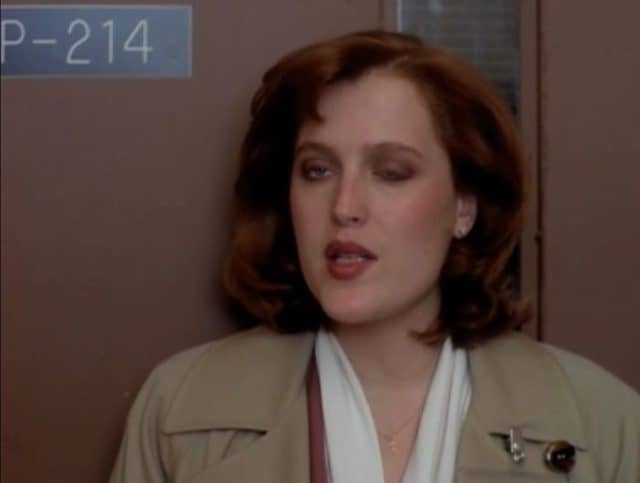 Anyone just getting turned on to the show would likely wonder if Dana Scully is somehow damaged to the point that she can’t keep her right eye open at all times. 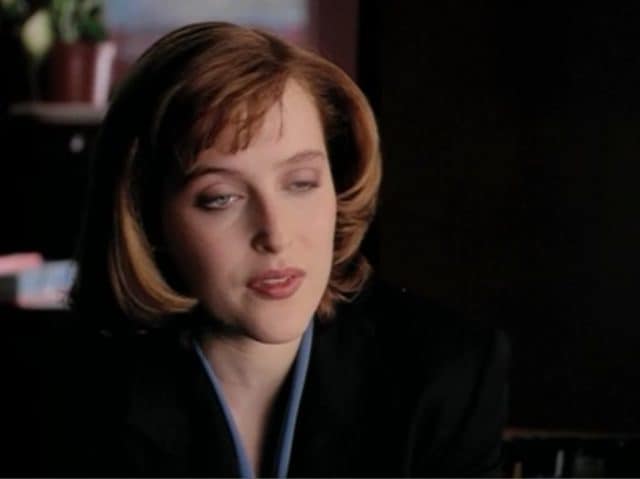 It’s like she tries to keep it open but it takes such a monumental effort that she just kind of gives up at times. 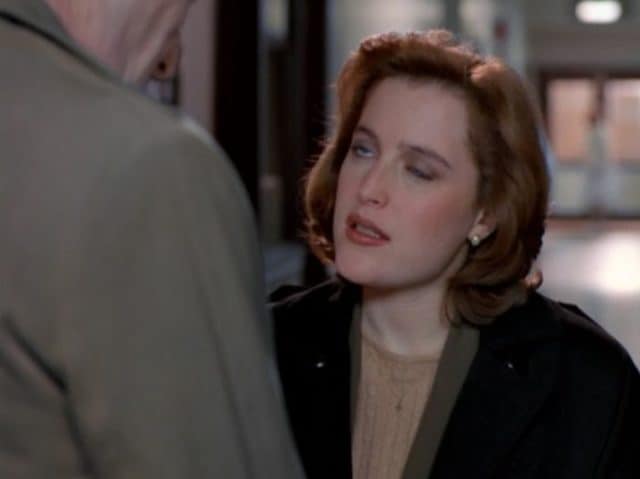 No offense to Gillian Anderson or the X-Files, but that eye thing is kind of odd to look at.