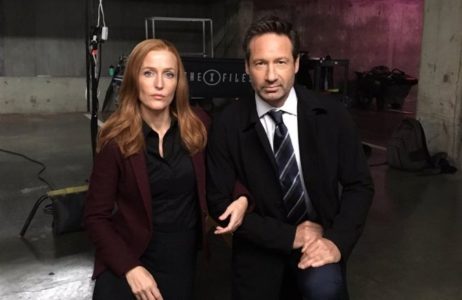 The protests continue to roll on as more and more people are taking the knee. This time it’s the stars of the vaunted X-Files, David Duchovny and Gillian Anderson, that are showing their support by bending the knee to show their support against oppression and injustice. To some it might seem like they’re taking up arms against the flag, the national anthem, and the very spirit of America. But to all walking, talking Cheetohs and their supporters out there it might be time to understand a very fundamental truth. When you push, and continue to push against someone, the chances are good that they will eventually push back.

There are in fact many injustices throughout the United States that go without being addressed each passing year, and many that are unlawfully ignored. Yet the attention given to a single man that started what has become a movement when he knelt during the national anthem has become the driving force behind an argument that never should have come about in the first place.

Did Kaepernick stick to his guns and follow what he believed in? Yes. Should he have found a better way to do it? Yes. Did Trump just tend to make things worse when Kaepernick gained support for his cause? Oh yes.

One thing the current POTUS has not yet learned how to do is filter the words that come out of his mouth and listen to what he actually says. Had he been slightly more diplomatic about the issue, or not even concerned himself with it, then this matter might have been given a chance to settle in a much different and possibly less heated manner. The players could very easily use their position as community leaders and supporters to champion this cause off the field, thereby leaving politics out of the game as much as possible, which is highly preferable. But unfortunately this is not how things have played out.

To date athletes, actors, performers, and anyone that is willing to champion this cause has taken the knee and decided to work against injustice in their own way. Severe repercussions have been used as threats to some, and at every level it seems that open hostility awaits those that dare to do such a thing in public. Â Some even go so far as to take the knee because they claim that this country ‘sucks’. For those that would do such a thing I will simply say that things are definitely out of order in the US, but at this moment it is the only country we have.

There is virtually no give to either side of this argument however. Both are so deeply entrenched in their beliefs that they’ve effectively blinded themselves to the possibility of a path that might exist that could allow them to reach an agreement. Unfortunately no one is completely in the right on this issue, but there some very serious wrongs that need to be addressed before things are taken too far.