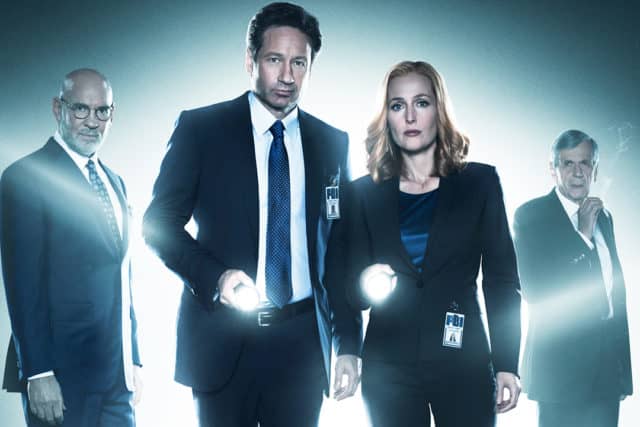 Ms Hershey brings tremendous stature to the cast of The X-Flies, having received numerous award nominations for Emmys, BAFTAs, and Golden Globes. The Motion Picture Academy nominated Ms Hershey for an Oscar for her performance inÂ The Portrait of a Lady.Â Â In 1990, Ms Hershey won an Emmy and a Golden Globe for her role as acquitted killer, Candy Montgomery, in A Killing in a Small Town.

Appearing in only two episodes, characters Einstein and Miller had very little room to breath and grow. Â In the fifth episode, the pair appeared as merely caricatures, perhaps a meta/ self-referential spoof. Â In the sixth and final episode, Agents Miller and Einstein began to develop, but didn’t quite become real. Â The new duo just didn’t get enough screen time to do anything worthy of bonding with the other characters or the audience. Â This writer hopes Agents Miler and Einstein grow into fully realized individuals over the ten episodes of Season 11.

The X-Files returns to the Fox network broadcast airwaves midseason in 2018. Â TVoverMind will continue to cover production and development of the show and its characters, so visit us regularly.