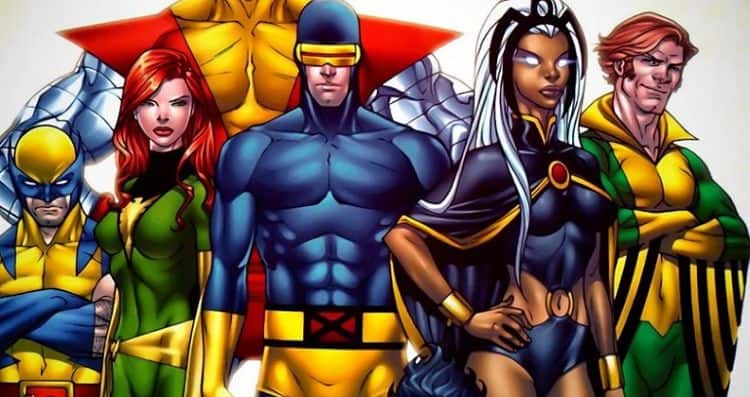 A big hope is that ‘The Mutants’ is either a tentative title or something that will point towards the inclusion of many mutants that aren’t part of the fabled X-Men since getting rid of the iconic name is bound to meet a lot of resistance. But the feeling appears to be that the name might change simply because of the fact that the name isn’t mentioning women, whose numbers on the team have been present since the beginning. If they are going to replace it then hopefully someone at the MCU will be able to come up with a name that’s easier to accept than ‘The Mutants’ since a lot of people are hoping to see the team form or to see them already formed and ready to step into the action. It’s not even known which mutants will be making their way to the MCU, or how they’ll do it, but there are a lot of people hoping for various characters to show up since the desire to see another mutant team enter the fray is something that fans have been waiting on for a little while now. Unfortunately, Dark Phoenix and everything before it kind of failed to keep everyone’s interest, as the storyline has been one of the most divisive points that have kept a lot of fans from really embracing what’s been done to the team over the years.

The downside of bringing the X-Men (yes, I’ll still say it) to the MCU is that it’s already been seen what has been done with various characters and their stories, and for the most part the origin stories have been kept intact. But given that there are certain characters that should have already been in the MCU since Wolverine is older than pretty much anyone on the team, and is older than anyone other than Thor when it comes to those that have already been introduced, he would have shown up during WWII at some point. Of course, there’s a way to explain all that away since focusing on Captain America was the point of the movie and it’s possible that Jim Howlett, aka Wolverine, was somewhere else fighting another part of the war. But trying to explain the absence of the X-Men during Infinity War and Endgame would be difficult since such an event likely would have popped up on their radar and that of every hero within the area, and the Avengers could have used every possible combatant to help out, but as it was seen, the MCU didn’t have the rights to the characters at the time, so it was impossible. But now that they own the X-Men there has to be a way to introduce them into the MCU without screwing everything up too badly.

With the talk that’s already going around and the reluctance to use the group’s name, it does feel as though the X-Men moniker could be packed up and pushed to the side eventually, which is too bad since the fans are likely looking forward to the team showing up, but the powers that be appear to think that it’s bound to be too non-inclusive. This debate has actually been around for a while since it is true that the X-Men have had plenty of female members over the years, and yet the name has never changed. It’s something that could possibly be fixed, but at the same time, one has to think that if it does get changed that a lot of fans are going to start bemoaning the act simply because it’s not the way they remember. There appears to already be an X-Force project on the back burner, so that’s out, but perhaps something else that describes the team and is still just as iconic as the original could be found, since just calling them ‘The Mutants’ doesn’t have the same kick as X-Men does. To be realistic, everything has to change eventually, and a lot of fans might have to realize this, but keeping the iconic name might be a great bit of fan service, at least until something better is found. In the same breath, calling them the X-People probably wouldn’t work, and the X-Individuals isn’t that great either, but ‘The Mutants’ makes them sound like a punk band that’s trying to get noticed in the underground scene. Hopefully Kevin Feige will find some way to bring the X-Men to the MCU in a way that will make them stand out in a big way that will highlight what they stand for and who they are.

But one thing that’s a big hope is that they won’t be as misused as Fox started to do after the first movie, since at this point the X-Men really do deserve better since they have a lot to offer the MCU.