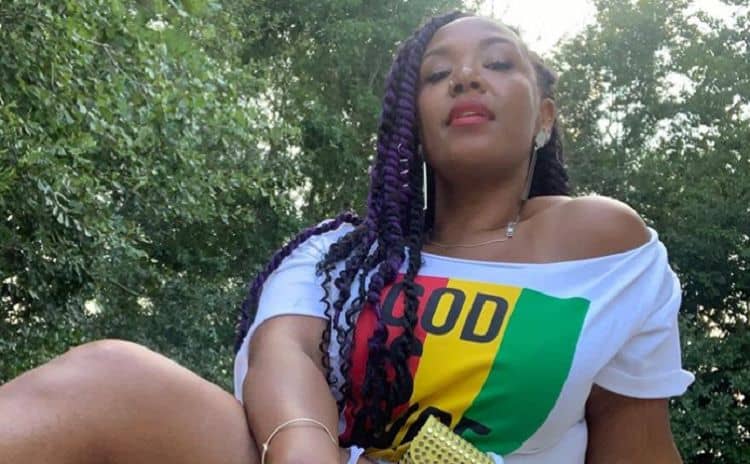 Artists are everywhere, but not that many of them get to call themselves successful and famous in their line of passion. Y’Anna Crawley is definitely not one of the many artists in the world who doesn’t get to say that. She’s a gospel singer who ha done her part to make it big, and she’s living her dream right now. She’s bringing the word to her fans using her beautiful voice, and it’s a talent that God gave her to share with the world. We admire her grit, her determination, and all that she represents, and it’s time the world gets to know her more.

She got to grow up in a time when life was a lot simpler. She was born on April 11, 1977, and we think that she got to do childhood the right way. She didn’t have a cell phone. She didn’t have social media. Kids were allowed to go outside and play with their friends without worry. Kids of this generation were able to have fun and be creative and imaginative, and we didn’t have to worry about anything else.

Born and raised in Maryland, she’s not gone too far from home thus far. She’s a young woman who now resides in Washington D.C., and she’s close to the people and the places she called home for so many years. She loves where she lives, and we get it. It’s a beautiful place.

3. She’s Got Music in her Genes

Y’Anna is a woman who was born with music flowing through her genes. She’s related to the very famous Julius Cheeks, but that’s not the only singer in her family. From what we gather, she’s got a lot of talent just coursing through her genes from her parents, grandparents, and so many more. That’s a cool thing to inherit, is it not?

She might be the epitome of success right now, but she didn’t it easy when she was a teen. She found out at the age of only 17 that she was expecting her first child. That was not an easy moment for her, we imagine, but she made it work. She continued to pursue her dreams while doing the teenage pregnancy thing, and she’s been making it work.

She began working hard at making her dreams a reality back in 2009. She became part of the “Sunday Best,” singing competition on the BET network, and she did well. By well, we mean she was the champion of season 2. It doesn’t get better than winning. She earned herself a recording contract, and she was then able to release her first album a year later.

When she was younger, she was able to sing backup vocals for some famous people. How famous, you ask? Well, do you know a musician by the name of Jennifer Lopez? Maybe you know her better as J.Lo? Jenny from the Block? Yes, that’s the one. She sang backup for her.

Her first baby was born when she was still a teen. She had a son. Thirteen years later, she had her second son. There’s a huge age difference, but that’s something that ended up working out well for her and her family. They might be born far apart, but they are close nonetheless.

8. She Tried Out for American Idol

Before she was a winner on BET, she tried out to be part of the American Idol franchise, but it did not work out for her. She states that the judges told her she is “pretty and I had what it took,” but she still did not make it. She was disheartened following that, and she said she would not try out for another reality show.

9. She Made a Life Decision

Years ago, she made the decision to get healthier. She claims she’s always been thick, and that it’s just her life. However, she also recognized she wasn’t healthy. She made the decision to change her lifestyle and her habits, and she was able to shed an amazing 50 pounds. It’s made her lighter in so many ways.

She might not talk about it or make it obvious, but this is one woman who is nothing short of glam. Take a look at her Instagram profile. She’s gorgeous, and she clearly makes time to take care of herself. She’s amazing in sequins and rocks a red lip, and we cannot get over how naturally glam she is.