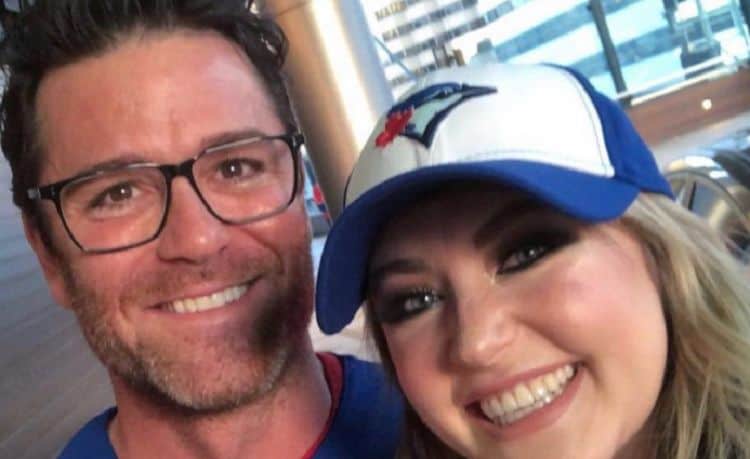 When Yannick Bisson began his career in acting, it was because his father noticed his love for it. His father spent the course of Bisson’s youth encouraging him to pursue his dreams, follow his passions, and make moves that would allow him to live the life he dreamed of living. Where many children fear telling their parents their love of acting is what they’d like to focus on in their adult lives, Bisson did not worry that his father would find his dreams inconsequential. Thanks to his father, the world has been given the gift of his gift, and it makes everyone want to know more about him.

2. His Career Began with A Newspaper Ad

Throughout his childhood, Bisson focused on many things. However, it was not until he began acting in high school that he really found his passion. His father took notice at that time, too. He could see that his son seemed to have found something for which he felt a deep connection and passion, and that is when he encouraged his son to look for acting jobs. He found on in a local newspaper looking for kids to act, and he answered the ad.

3. He Married His High School Sweetheart

High school was an immensely exciting time for Bisson. He not only discovered his love of acting during this time. The young actor-to-be also found the love of his life. He met a young woman by the name of Chantal Craig (she is now Shantelle Bisson), fell head-over-heels in love with her, and the two dated throughout high school. They married when he was only 21. Now, approximately 30 years later, the couple has three daughters together and are still married.

4. He Has Worked With His Wife

Over the course of his career, Bisson has worked with his wife outside of the home, too. She’s a content creator, but she’s also starred alongside him in a few of his projects. She was a guest star in two projects with him, and one of their daughters also spent some time working with her dad, too.

5. He Knows How to Unwind

Bisson is an avid cyclist. He finds that the time he spends on a bike is helpful when he is feeling overwhelmed. His life is often busy and sometimes quite hectic, and cycling is his way of calming down, unwinding, and finding a sense of calm in his personal life. He is an avid collector, too, and he has an impressive collection of bicycles.

6. He Always Takes Care of His Family

Though his acting career has been quite successful, there have been times in his career in which he’s had a little time off between jobs. When the jobs aren’t coming to him as quickly as he’d like in the business, he turns to construction. He works in construction when he’s not filming so that his family always has an income and he can care for them.

7. He is Not Afraid of a Challenge

Those not in the business often share the same common misconception that all actors are filthy rich and live in mega-mansions they pay others to decorate and care for on their behalf. This simply is not the case for so many. Bisson and his wife, for example, bought a dated bungalow that needed more than a touch of TLC. They did the work, and they turned their less-than-ideal bungalow into a lovely home for their family.

8. He Learned to Train Himself At Home

In addition to cycling for stress release purposes, Bisson is a man who likes to take care of his physical health. However, he’s always relied on a professional trainer to tell him what he needs to do. When he and his wife began their pandemic lockdown (they began in L.A. and moved back to their Toronto home inside of eight weeks), he realized he had to teach himself to work out. Now, he’s doing home workouts, and he’s kicking his own behind in the process.

9. Pandemic Life Has Him Connecting With Fans

In the past, Bisson has always used his social media platforms to share photos, thoughts, work, etc. However, with so much downtime on his hands in the lockdowns that he faced in both California and Canada – places where lockdowns continued well over a year – he struggled. He realized that he could connect with fans with the same feelings, and he’s been using social media differently in the past year.

10. He’s Learning to Slow Down

Like so many people, his pre-pandemic way of life is not something he’s anxious to get back to. He’s realized that it was too busy, too unfulfilling in the same manner, and too much of a hassle. He never had time to focus on anything that feeds his soul and provides him with a chance to do what he enjoys. He rarely had time to focus on anything he loved in life, and he’s making some serious changes now that he’s learned to slow down by force.