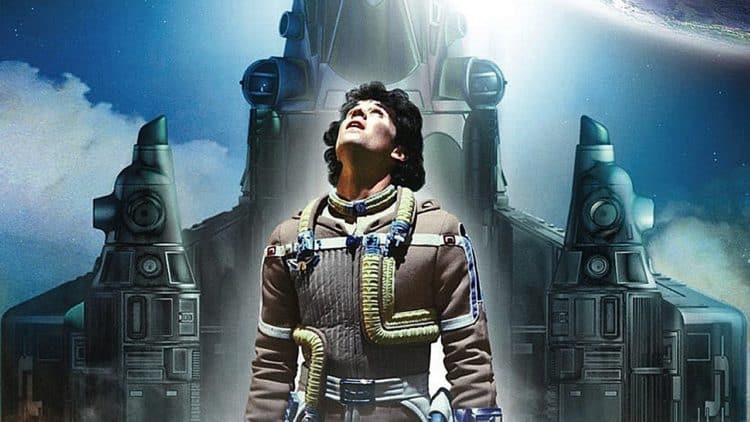 One of the best parts when hearing that The Last Starfighter could be coming back is that it wouldn’t be a remake or a reboot, but a continuation from the popular 80s movie that a lot of us grew up with since it would appear that Alex Rogan and Maggie Gordon would be coming back and they would be parents this time around, no doubt helping to raise and train the next generation of individuals when it comes to helping to save the universe. The only thing that has apparently kept things from moving forward any quicker has been the fact that the rights are a bit of a mess when it comes to procuring them for the project. The originator of the idea still holds some of the rights to the story, and because of this would need to give permission for another movie to move forward. It does sound as though things are still on track and that the movie could be put into production eventually, but the process of getting a movie approved and in motion is obviously one that takes a bit of doing in the movie industry since otherwise, it feels likely that the movie would already be on the way. The fact that it’s actually moving forward should make a lot of people happy though, especially since the idea is that the story will be kept largely the same but will move forward.

It does sound as though the first movie might be mentioned here and there, but it won’t be the main focus of the story, which is also favorable since backtracking at this point wouldn’t be a huge leap forward, no matter that it’s likely that both Alex and Maggie would think about what it might mean for their kids to not know that much about their human heritage. It could be that the story will go that they’ve kept in contact with the earth and have taught their kids about the place they come from, but we’ll have to wait and see just what happens since at this point there’s not a lot to tell from a story standpoint since the whole thing is moving at its own pace and it’s not likely that we’ll see or hear much about it before the year is out. If something does begin to happen then one can definitely imagine that it will be considered big news and that it will be covered by every possible site that has any stake in the coming movie.

The only downside that really needs to be recognized at this time is the fact that just about anything can happen between the conceptualization and the actual production of the movie. The pandemic is still very much in effect, which means that there are still studios that are hesitant to begin or continue production on pretty much anything. If the plan isn’t to start production until 2021 or later though it would likely be to the movie’s advantage since it would hopefully find that the coming year might be more conducive to getting back to business as it was before the pandemic came along. It sounds as though the idea is coming along nicely and that the idea could be coming sooner rather than much later, so it might be necessary for those that enjoy the movie to brush up on it a bit by sitting down to enjoy it again just to get a reminder of everything and how the story could possibly continue and in which direction it might go. We’re likely going to see a few new cast members since several of those that were in the original movie have passed away over the years, but when hearing that the story was being moved forward it was enough to make me smile since too many continuations and remakes and reboots focus on trying to re-invent the wheel so to speak and don’t take enough of the original content into account. That doesn’t sound like the problem here, and it’s also sounding as though there’s no assumption that people will have seen the first movie since the story is pushing ahead at a decent clip that will create an entirely new landscape that the audience will get to enjoy.

It would still help to watch the original movie if only to get a good idea of why the next one is so important and why people are so excited about it. If nothing else, it will give those that haven’t seen the first movie a better understanding of how Alex and Maggie came to be where they are and why. Sometimes a backstory is a good thing to have since it explains a lot and answers questions that might otherwise go unheard. For those that have seen the movie though, this is bound to be pretty exciting.