Home
Movies
Yes, We Need The Four-Hour Cut of Revenge of the Sith 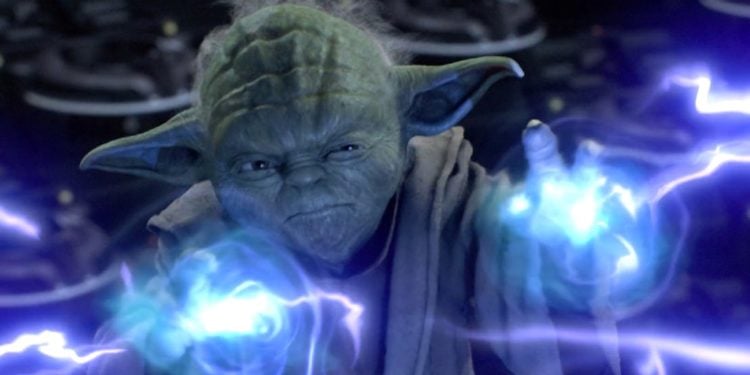 It seems the news of the upcoming Snyder cut of Justice League has started something. Now everyone wants an extended cut of certain other films. One of those particular films is a third entry of a very popular franchise. Give up? It’s Star Wars: Episode III – Revenge of the Sith, a widely divisive movie that came out back in 2005. Did you ever watch that film and feel like it was incomplete? That’s because George Lucas originally wanted a four-hour cut of the film and a lot of scenes were left on the cutting floor. The final version we saw is a little over two hours and frankly, it’s just not enough.

That’s why hardcore Star Wars fans are petitioning for the release of the four-hour cut of Revenge of the Sith to be released on Disneyplus. Much like the Snyder cut, fans are pretty much demanding the four-hour cut and believe Disney will appease them. If this was going on a few weeks ago, I would say it would never happen. However, the commitment to the upcoming Snyder cut has certainly changed my perspective. If it wasn’t for the vehement voices of the fans, the Snyder cut wouldn’t be coming. Yes, they were wrong in the sense that a completed cut really existed, but because of their persistency, Warner Bros. is now fully dedicated to making it complete.

If Warner Bros. can do that, then Disney sure can. I’m aware that Revenge of the Sith is much older than Justice League, but let’s look at the facts here. As of right now, Star Wars isn’t very popular in the best way. The last movie rubbed fans the wrong way and many fans have given up hope on the future of the franchise. I’m one of those fans that was disappointed with Rise of Skywalker, but I’m still loyal to the Star Wars franchise. I like what Star Wars has done outside the movies and I still want to see more. They’re killing it with the shows on Disneyplus, but let’s be honest, we could use a great Star Wars film.

The excitement level for another Star Wars movie is heartbreakingly low. Fans have just lost their enthusiasm and they can’t be blamed. In this case, another Star Wars film, whether it’d be a solo film or sequel to Rise of Skywalker, probably wouldn’t be the best answer. Perhaps Disney can throw us a bone by giving us a taste of some sweet nostalgia. Before I continue, I should make something clear: I don’t like it when the Star Wars universe makes itself smaller. I’ve always advocated for the universe to grow by introducing more characters and not revisiting the characters we’re already familiar with. This is the problem with the Solo film and the need to continuously put the spotlight on popular characters.

Star Wars likes to stroke the nostalgia, and it can get frustrating. However, nostalgia, like everything else, can be good if it’s used correctly. If Star Wars is going to give us more of the same characters we’ve seen before, then why not do it by releasing the four-hour cut of Revenge of the Sith? Personally, I really like Revenge of the Sith, but it has it’s flaws. The majority of those flaws are a result of those many scenes being cut from the film. Even the beginning of the film where Obi-Wan and Anakin rescue Chancellor Palpatine was originally supposed to be the first hour of the film.

What we actually got was cool, but it did feel rushed. Count Dooku died rather quickly and General Grievous’ introduction was pretty quick. Speaking of General Grievous, he was very underutilized in Revenge of the Sith and his fight scene with Obi-Wan was waaaay too short. For a Jedi-killing cyborg that has four arms, wouldn’t you expect more from him? Lucas intended to have more scenes with him that actually had him doing something other than coughing. If you want your villain to be intimidating, he needs to actually do bad things.

Let’s talk about another popular character that was underutilized in Revenge of the Sith. Remember when Padme Amidala was a proud warrior and refused to submit to tyranny? She was a strong female character who urged the Senate to take action in order to protect her people. Yeah, she was awesome, despite her extremely awkward romance with Anakin. So why, in all that is Star Wars, would George Lucas take that away from her and turn her into a wailing housewife? Seriously, she went from proud warrior, to annoying, useless diva. Her bad dialogue didn’t help her case, but her character development took a serious nose dive.

The four-hour cut wouldn’t change that, but it would at least give her some scenes where she’s actually doing something. She was always the first person to speak up when something bothered her, and one of those things is corruption. Palpatine receiving emergency powers didn’t sit right with her and other senators, but they just sat there and didn’t do anything. That’s what we saw in the final cut, but Lucas intended to included some scenes where she takes some action. Deleted scenes revealed that she gathered a small group of senators to concoct a plan to challenge Palpatine. Now this is the ambitious and no-nonsense Padme we all know and love. Showing this scene would at least reminded us that Padme was still willing to act against injustice, no matter the risk.

The Padme we saw in Revenge of the Sith wasn’t the same character we fell in love with. She’s one of the many characters that was underutilized in the film, but that’s why we need the four-hour cut. Lucas would likely love to fill in the gaps that were left in the final cut and now’s his chance. The man gave up his creation because fans demanded it and now, because of the direction Star Wars is going in now, they want to see his true vision. Call it hypocritical, but the man deserves to have his final story to be told the way he originally intended. If it’s four hours, then release it in episodic form and we’ll watch it like a show.

Plus, what’s really the harm? There are still many hardcore Star Wars fans out there and if they’re asking for it, then they’ll watch it. Disney, I implore you to listen to your fans.