Home
TV News
Yes, Who’s the Boss Is Coming Back to Television 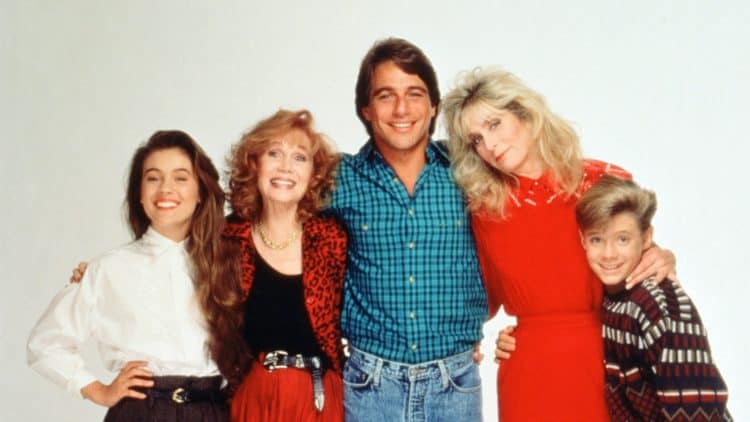 Is there anyone else that feels that a return to Who’s The Boss? might be kind of a bad idea? When the show was first popular it was a fun and comfortable sitcom that had a few great characters that people really cared about and featured a family-type atmosphere that spoke to a lot of different people since it wasn’t the typical nuclear family and in fact, it didn’t even start off as a typical family show. Tony and his daughter Samantha weren’t part of the Bowers’ family, as Tony was their housekeeper, and the family, consisting of Angela, Mona, and Jonathan were the family that resided in the home to start with. Tony was an aging baseball star that had given up his dream of playing ball and had started cleaning houses, which put him in the employ and eventually the life of the Bowers, along with his daughter. The show was a big boost to the careers of at least a few of the cast members since it went on for a while and managed to gain the lot of them a good deal of attention since at least a couple of them went on to do other things once the show ended.

But it does feel as though the reboot will be missing a couple of vital components since the Bowers family won’t be there. Judith Light, Angela, and Danny Pintauro, Jonathan, have opted out of the reboot, while Katherine Helmond, Mona, passed away in 2019. This leaves the show without three of its main characters, which begs the question of how it will manage with Tony and Alyssa running things without anyone else to balance them out. Thus far the feeling appears to be that the creative thinkers that are coming up with the script will be able to find a way around the glaring plot holes that might come from the absence of the Bowers, though it’s going to be a wonder if the show can really push forward while missing over half of the main cast that made it so great in the past. Will Tony be headed off to clean another home where he’ll meet another eligible but strong-willed woman that will keep him at arm’s length for a good deal of time? Plus, there’s no possible way that Samantha would be living at home at this time since decades have passed since the show was still popular and Alyssa Milano has been an adult for quite some time now and can’t play a convincing college student, much less a younger person.

The continual rebooting of older shows and movies is enough to make a person roll their eyes at this moment since a few of them have been easy to welcome back into the fold while some of them really make a person wonder who’s in charge behind the scenes and why in the world they’re making the decisions they do. This show was great back in the day when it was still popular, but as of now, it’s kind of a faded idea that might feel a bit awkward without three members of the cast being present. One might think that it’s kind of omen that Judith Light and Danny Pintauro didn’t want to sign up, but apparently Tony Danza and Alyssa Milano are fully ready to move forward and roll with it. This isn’t just like The Connors ditching Roseanne though, as explaining one person passing away is simple enough, but explaining why three cast members are absent is something that even the best writers might have to mull over for a bit. It would be kind of a shame to think that Tony and Samantha had to move on after everything they shared with the Bowers and the good times that were had, but tragedy and drama appear to be one of the biggest selling points at this time, so it could be that this will be part of the story moving forward, no matter how the fans might react.

Continually bringing back old shows and movies, or trying to, has become a big trend that is more problematic than it needs to be really since some folks might want to see these ideas take root in the public consciousness, but the problem with this is not only are they outdated ideas that were great back in the day, they’re having to compete with the new and updated shows of today, and they’re having to change a great deal of what made them enjoyable in the first place. Like it or not, a lot of the content that people found amusing and normalized decades ago is currently being looked at through a different lens by a lot of people that aren’t enjoying the same things that we did so long ago.