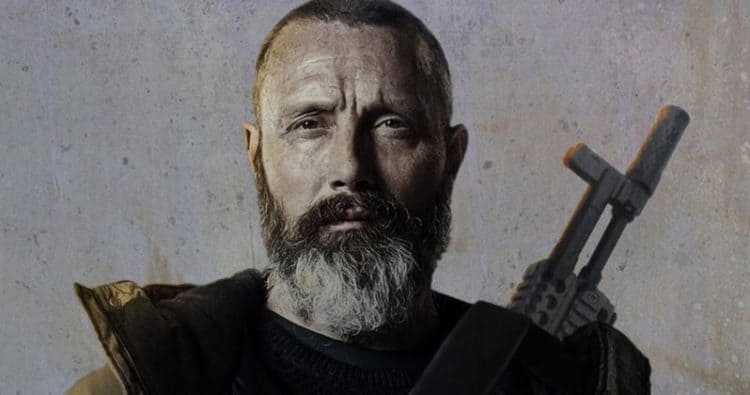 There’s a quality that Mads Mikkelsen has that simply screams “villain”, or at least tells people that he’s a perfect character for action and/or drama. The guy can pull off a serious role unlike many, and he definitely has the ability to be a villain or perhaps a stern ally in the next Indiana Jones movie, since he might be a perfect match for Indy. After all, Mads has starred in a Bond movie, a Star Wars movie, and has taken on the role of Dr. Hannibal Lecter at one point, so to say that he’s not worthy of a chance at being in an Indiana Jone movie would be more than a little ridiculous. But what role he is going to be taking is hard to say since everything is being kept pretty quiet at the moment, either because it hasn’t been finalized or because it needs to be kept under wraps so that rumor and gossip don’t grab hold of it and start spreading the news all over the internet. The latter explanation sounds like it might be closer to the truth if only because too many slips have happened in the last several years. It’s enough to know that he’s going to be a part of the cast and to wonder just who might be making their way back to the franchise. It would be great to see Marion and Sallah again, but as one might guess, there’s no word of any such thing yet.

When thinking about this it’s fair to think that having Mads as the villain might mean that the coming movie might be set in the 60s, which would be a decent amount of time between this movie and the last. But the type of adventure that Indiana might go on this time might be very different since to be certain, things will have changed in a big way after all this time, and it could be that cavorting through one jungle after another might not be Indy’s thing any longer. In reality one has to realize that he’s getting older, he’s not quite as capable as he used to be, and no matter that he was getting into a fistfight with the bad guys in the last movie, it’s likely that he’s not going to be as believable this time around simply because at this time Harrison Ford is an old man, well into his 70s and only a couple of years away from his 80s. Thinking that he’ll be getting that physical any longer isn’t as believable when the movies were set in the 40s and he was still in good shape. One would almost believe that another character like Mutt would be cast in the movie, or perhaps someone a little older would be cast as Mutt, it’s tough to say. But without that many details at the moment, a lot of this is a strict guessing game since that’s about all we can do. But when one thinks about all the things that Indy has done, the artifacts he’s found, and the enemies he’s had to face, this has to be to the last Indiana Jones movie unless someone is willing to make the attempt at replacing the main character or making a set of prequels that would show young Indy growing up.

That idea might actually take hold, since having anyone replace Harrison Ford moving forward feels like it would be an insult. One can only imagine the outcry of the fans and what they might try to do with petitions and the like. Stephen Spielberg, who will be producing instead of directing this time around, would likely advise against such a thing, but again, fans are a fickle lot and there’s no telling what they would do. But getting back to the point of seeing Mads Mikkelsen in the next movie it’s a good bet that he could be a villain, and if he is then he’s bound to be someone that’s seen as an individual that’s downright scary to deal with and to work against. If he’s not a villain then cool, but even as someone that works against the villain the guy is flat out intense and is the kind of ally that one wishes to keep happy since there’s a good bet that he has a set of skills that could make life increasingly difficult for those that might anger him. Mads is the kind of actor that is tough to see in anything but a drama, or action, or possibly horror if he really wanted to try his hand at it. But it will be fun to see how he rolls in the next Indiana Jones movie since pitting him with or against Harrison Ford is bound to make for an entertaining story.