Home
Entertainment
You Have to Appreciate the Career of Kadeem Hardison 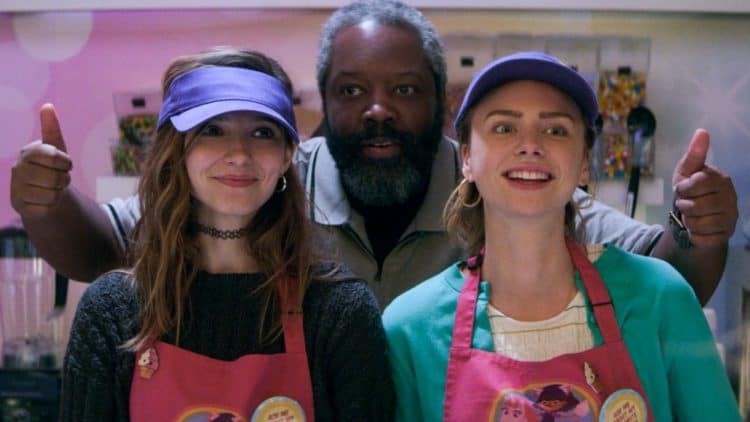 There was a time when it felt like Kadeem Hardison would only be remembered for a few roles that he starred in since he didn’t appear to really show up in a lot of stuff that managed to get a lot of attention. But when you look back at his career you tend to find out that he’s been in plenty of projects that have been gaining notice throughout the years from many upon many fans that have enjoyed his sense of humor and his acting ability. Personally one of the best performances I’ve ever seen him in was as Junior in White Men Can’t Jump, as he played the wisecracking friend to Sydney Dean, played by Wesley Snipes. By that time though he’d already become something of an icon in show business, and had been acting for several years. After that he didn’t really disappear since looking at his filmography it’s obvious that he’s been a busy man for quite some time now. In fact, it’s fair to say that he’s been busy enough for any two or three people since he’s been showing up on TV and in movies for so long that one might think that he’s about ready to retire at some point, even though he’s still in his mid-50s and apparently still in pretty good shape. But a career of 30+ years can definitely make a person wonder if it’s worth it to keep going or hang it up and just enjoy retirement.

That of course is an amusing way to think since many actors would likely get bored after a while unless they had something to take up their time. Some might even go looking for a reason to come back, even if it was just for cameos here and there. But Kadeem has been hard at work still and has a series as of 2020 titled Teenage Bounty Hunters. His career kind of speaks for itself since trying to read it in just a couple minutes isn’t really possible, at least not if you’re wanting to know a little something about everything he’s accomplished and what parts he’s taken on through the years. He’s been a versatile actor when it comes to his career and hasn’t really stuck to one particular role, though it’s fair to say that he hasn’t been one of the many actors whose name has been thrust into the spotlight over and over. That he’s talented is something that many of us can admit without any trouble, but thinking that he’s been on the A list for a long time is kind of stretching the truth a bit. It’s likely that he should be since he’s so prolific, but if this was all it took then there are a lot of names in Hollywood that would be at the top of every list these days.

It is a bit frustrating to think that some of the folks that work the hardest don’t get more credit than those that put out a movie every now and then and have their name emblazoned across billboards all over the place. But the great part is that folks such as Kadeem usually manage to be humble enough to not care if their face and their names are pushed to millions of people at a time since they keep working without really worrying about it. Those that work this hard are often those that you don’t tend to hear about until it’s bound to happen that their name comes up for one special award or another, or they come up with an amazing new movie or series that people are bound to go nuts for. While it’s hard to know just what the focus is when it comes to Hardison, other than his new series, it’s easy to look at what he’s done throughout his career and be impressed all the same since the guy has been a machine when it comes to pumping out new material, and it’s kind of a wonder why he hasn’t been noticed more often for it. The fact that a lot of it might not be blockbuster material is likely why, but that still doesn’t really justify this guy going under the radar so often since he has a lot to offer.

As mentioned though, not a lot of it, if any of it, appears to bother Kadeem since he keeps moving forward and getting one job after another done as he continues to push his career and help those around him do the same. This is the kind of personality that a lot of people tend to get along with since he knows how to keep his mind on the job, and the length of his career and all he’s accomplished make it pretty obvious that he’s been successful at it.