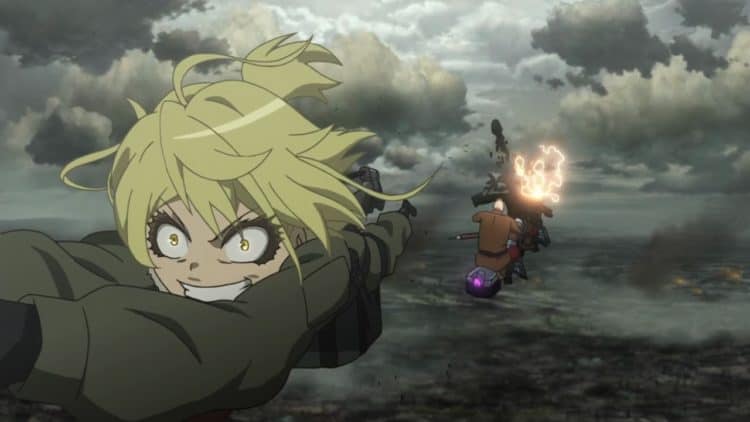 Youjo Senki is a Japanese series of light novels that has since received a manga adaptation as well as an anime adaptation. It is one of the more notable works in the isekai genre, which is centered on the concept of normal people being sent into fantastical settings through various means. Here are 10 things that you may or may not have known about Youjo Senki:

A literal translation of Youjo Senki would result in something along the lines of “Little Girl Military Chronicles.” Since this is rather awkward, the English version has the name of The Saga of Tanya the Evil.

2. The Protagonist Is an Unnamed Salaryman

The protagonist of Youjo Senki is an unnamed salaryman from Japan who is reincarnated as a girl named Tanya Degurechaff. Furthermore, there is a strong continuity of personality in spite of the reincarnation, which isn’t always the case when it comes to isekai works.

3. The Protagonist Is Murdered Via Oncoming Train

Speaking of which, since the protagonist was reincarnated, it should come as no surprise to learn that he had to have died through some cause. To be exact, he was pushed in front of an oncoming train by an employee that he had just fired. For full context, the stereotypical incident that kicks off an isekai work is the protagonist being struck by a truck while attempting to prevent that from happening to someone else.

On a related note, it is interesting to note that there are some significant differences between the different versions of Youjo Senki. For example, the unnamed salaryman attempted to save the employee’s job in the light novels. In contrast, he is much more callous in the other two versions, with the anime version being more so than his manga counterpart.

Perhaps unsurprisingly, Tanya is bad at reading other people. After all, if a person cannot understand the feelings of other people, then said individual is going to struggle at understanding the motivations of other people because emotion is a huge component of how humans behave. In Youjo Senki, this inability to read people plays an important role in causing Tanya’s plans for her future to go off-course.

7. The Protagonist Is Misotheism

The protagonist has been described as being an atheist, which was true at the start of the series but becomes rather inaccurate by the time that things get going. Instead, a better term would be misotheist, meaning someone with a hatred for either God or the gods. This is because when the unnamed salaryman was killed, he was condemned by a divine figure that he chooses to call Being X for his lack of faith.

8. The Reincarnation Is a Punishment

9. The Plan Is a Bit Counter-Intuitive

Tanya’s plan for living through her circumstances is a bit counter-intuitive on initial inspection. In short, she is going to enlist with the military during a time of war as soon as possible so that she can rise through the ranks in order to secure a safe, comfortable position in the rear. However, the plan isn’t wholly unreasonable because she possesses considerable magical potential, meaning that she was more or less guaranteed to get conscripted in the future because of it. In a sense, Tanya’s plan is preempting that particular outcome.

Given everything that has been said so far, it should come as no surprise to learn that Tanya isn’t exactly a good person when she joins up with the military. For example, she is perfectly willing to kill her subordinates for insubordination. Likewise, she avoids committing war crimes by exploiting loopholes in international law.