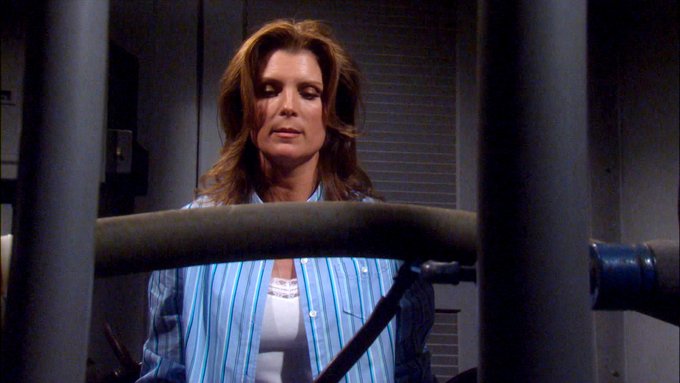 Young and the Restless fans appreciate all that there is going on right now in the Abbott family, but this is one of those weeks in which things are getting a little bit crazy. Right now, we hope that there is a chance we can see things for what they are, and that means spending the day seeing the family mourn the loss of their patriarch. It’s the episode from back in 2006 when the lovely John Abbott was gone, his family left to mourn their loss, and everyone else fight for their place among the Abbott family. Kevin and Michael are doing all that they can to help their mother, Gloria, find her place in this family even though they don’t feel that she should be part of their family. We think that this is an emotional day for this family, and we might want to go back in time and take a look at what is going on with all this and the fact that it’s time for us to learn what Gloria and John had with one another.

We know that while she was not yet on the show, she had a long history of spending her life with men who might not be all that good for her. Though, if you listen to most women, they’ll tell you that they all spent a little time with someone who wasn’t that good for them. But, the more important thing that happened in this life is that most people didn’t bother with the details. She was with a man — the father of her sons — who was a hippie and a very interesting person who had to bail on his family. The next man she married was another one who was pretty bad for her, too. It was all bad news, bad situations, and bad overall. But, we also know that there was a lot more to it than that. When she met John Abbott, his wealth made it impossible for her to see just how bad he was for her.

When she came to Genoa City, it was 2004. She was new to town, she was chasing down her children, and she was looking for employment. She found the latter at Jabot Cosmetics, and she quickly realized that John was her own type of man. She went on a cruise with him, and they came home married. This didn’t please anyone in John’s life, and it almost worked out for them when her presumed dead husband, Tom, showed up in town a while later and her son realized this meant her marriage to him was never dissolved. She was not a bigamist, and she had to end that marriage to Tom the Alcoholic to fix things in her own life. That didn’t work out for her in terms of her marriage to John, but she did figure it out eventually.

When John and Gloria ended their marriage, they went through a lot. Long story short, though, they remained friendly enough for her to continue to work at the company while he was in prison. When his son, Jack, found out they were giving him too many meds, he took it upon himself to have his father — not of sound mind — write Gloria out of his will prior to his death. That is why we are where we are today watching as she fights to be included in the will and all things that were related to John Abbott as he is being laid to rest. Things didn’t go well when they all figured out that she was having this situation handled. Jack thought he had it in the bag, but the fact that there were more than a few issues going on at the time that he had his father re-do the will to take her out, everyone knew he was not himself. Much as we love the Abbott family, we appreciate and love all that Gloria does bring to the table as she fights to have herself reinstated in the will. She’s a strong one, and she clearly is not backing down despite the opposition and their feelings.