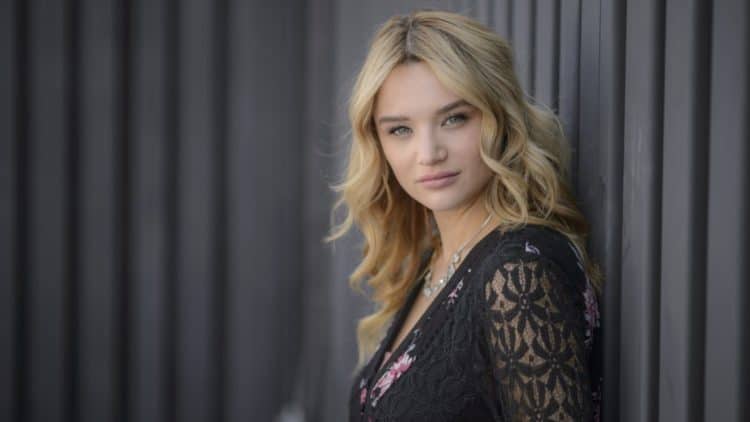 Young and the Restless fans are always looking for a reason to love our favorites even more than we already do, and we have some big ones coming up. For one, we can see that there are some actresses around here who have been more impressive in recent months than they have been in a while. We aren’t saying that they aren’t good in their role regularly, but we are saying there are a few women around Genoa City who have been working harder than ever to make fans happy, and it is working like a charm. We love it, and we cannot get enough of it these days. Some of these women might not make it on our list of favorite Young and the Restless actresses ever, but they do make it onto the list of most amazing right now. Do these names surprise you in any way?

Do we think that Summer is the most amazing woman in the city? No, we do not. In fact, we find her a bit abhorrent. She’s young, spoiled, entitled, and a bit of a brat. She seems to think that she gets anything she wants, and that the world is falling apart if she does not. She will do anything to get what she wants, too, and that sometimes includes hurting the people she loves the most simply because she feels like it. She can be a total jerk, and yet we love her. She is someone who has brought to the table something so special and amazing. She’s grown a lot this year, and that’s helped her to become so good at what she does portraying this entitled, horrible young woman no one would want to be. She’s so good at the role that we believe she is the role, and that is everything when you work in the soaps.

How could we go another moment without mentioning the new, old Phyllis? She originated this role so many years ago, and she brought this woman to the map. She made her who she is, and she did it with so much grace and elegance. It’s hard to be so beautiful, so nasty, and so loveable all the same, but she can do it with her eyes closed. We have missed her so much in this role, and you can almost see her love of being this woman in her eyes when she’s doing the job. She’s so good at it, and it’s hard for us to imagine her doing anything else but being this woman. She’s amazing, and we love her so much. She’s all that we love about a person who does a job like this, and we are here to say we love what she is bringing to the table and how she is delivering it to her fans. She’s made us happy in this role, and we cannot wait to see how else she manages to make us feel even better about everything. It’s too much for us.

She doesn’t always get to be here, but we love her when she does. The beautiful Jill Abbott is one of the most remarkable women on television, and we think she knows it. What’s even more beautiful about her in this role is that while she might know it, she’s never one to let it go to her head. She is so strong, stoic, and she’s so lovely. She brings so much grace to the screen, and she’s someone who is taken seriously when she shows up for work whether she’s being herself or she’s in character. She is a woman with a lot to offer, and she offers it up regularly to all of us. She’s got a lot of history around here, too, when you think about the fact that she’s been here since the 70s with very little complaint. She’s rocked this job, and we love how much she’s managed to do that in her life. We get that she might not be interested in working full time anymore, but we will take anything we can get from her at this point. It’s so much that we love and so much that we appreciate all at the same time.