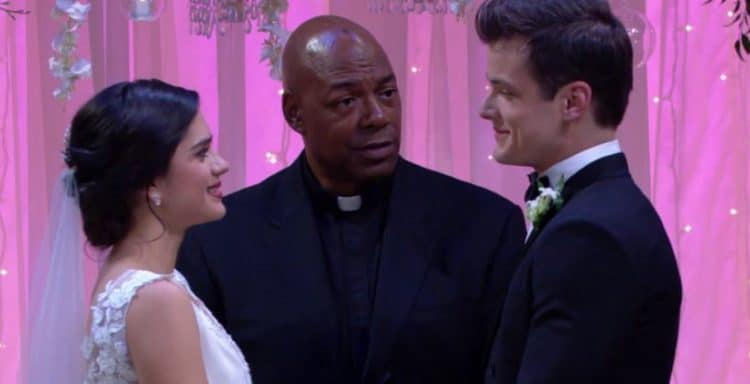 Young and the Restless fans aren’t sure why we are all so surprised to see Arturo back. He is, after all, the brother of the bride, and there was a wedding, and they did get married, and everything seemed to work out pretty well. He is back, though, and we were all shocked to see him there, and that’s all that we can say about that. But, for now, we can see that some things are more than others. And we can see that this might not be a thing if we let it be a thing. We can see that he is going to try and win Abby back – that’s what we predict, anyway. He apologized to her, but we can see that Nate is not about to have any of that. He’s not about to sit back and let this happen. And there is nothing we can do to stop that. He’s not the kind of person who is going to change his ways.

Of course, Kyle is now celebrating his wedding by confronting guests. Theo is there, and he is not happy about it. Of course, we know that Summer is fine with it, and we still think she might use a little bit of what she knows to get her own way. She is not, after all, a Lola fan, and we know it. We get it. She’s not happy about several things, but we’d like to see this work out a little better than it might be. We get that. And that is just fine. But, we also know that there is nothing else that might change what happens if Summer puts her mind to this. She’s someone who does like to get her way. She is her mother’s daughter.

The party is just getting started! Make sure to tune in to Kyle and Lola's wedding reception tomorrow on #YR. pic.twitter.com/WiycKl316U

Lauren is a woman who has a lot of power and influence in Genoa City. She is a woman who doesn’t like things to go any way but her own way, and she is a woman who has a big influence and a great disposition about her life. But, she’s also a woman who will not back down when she feels that things are not going her way. She’s not going to sit back while other people get to live their lives and have thee best time. She’s going to ask the hard questions, and she’s got some of those to ask Michael in this moment. He will not be happy about that, but it is what is going on. She’s got those questions for him, but does he have any honest answers for her? We cannot be sure.

On the other hand, we also know that Adam is going to shock Sharon. There will be a huge situation on that matter. She might just learn that he is not the man he feels that she is. She might find out that he is not going to keep their secret and he is not going to let her make her own life easier than it is, but that’s how it goes. She’s good with Rey now, so he might feel this is a good time to come in and ruin that for him. We know he doesn’t care if she’s happy or not, and he’s certainly no fan of Rey’s, so this might be something he rather enjoys.