Home
Young and The Restless
Young and the Restless Spoilers: Chelsea Strikes A Deal
Prev Article Next Article 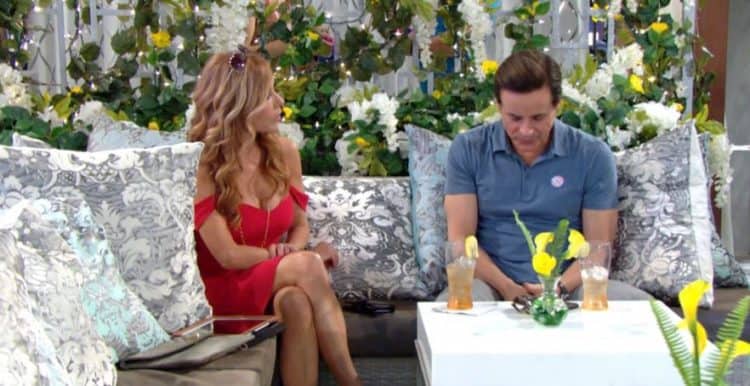 Young and the Restless fans know that Billy is a mess. He is clearly losing his mind, and his family is trying to be there for him. They don’t know how to help, though, and that is a problem. They are not in a good place with him, and they are not in a good place with anyone. He wants to figure things out in his own life, but he’s not sure how to do that. He’s not sure how to get through these dreams and the knowledge that he lost a child. He’s in a terrible place, and he’s lashing out. They don’t understand what he is dealing with and going through and living with, and they don’t get it in any way, shape, or form. He’s unhappy, miserable, and he’s not living a life that makes sense to anyone. They do love him and want to help, but their lack of understanding is causing him to lash out.

Could this be a thing?

It’s going to be a big day for Chelsea, who is going to strike a deal. She’s not someone we trust, but she’s never really been. We are not sure what is up with her at the moment, but we suspect she had something else going on with her husband before he died. We think she conned him, and we think that she had every intention of what happened going on in her life, and we suspect she is someone who doesn’t seem to worry or care too much about anything else or anyone else. We are sure she is someone who makes decisions based on things out of her control, but that’s just that. We also think that Sharon is going to find some comfort in Nick, but why wouldn’t she? Rey is in love with her and wants to be with her, Adam proposed marriage to her, and now she has to find comfort in the arms of her ex? We just don’t get her games and how she feels they are necessary in her life.

Of course, we also know that there is a lot happening with Lola and Kyle. They are taking this moment to look into the future of their lives to see what it holds for them. Can it be a good one considering all the drama and the problems they have right now? With all the people who are in their lives trying to ruin what they have going on, is there even a remote possibility of happiness in their future?