Home
Young and The Restless
Young and the Restless Spoilers: Devon and Amanda Find Common Ground
Prev Article Next Article 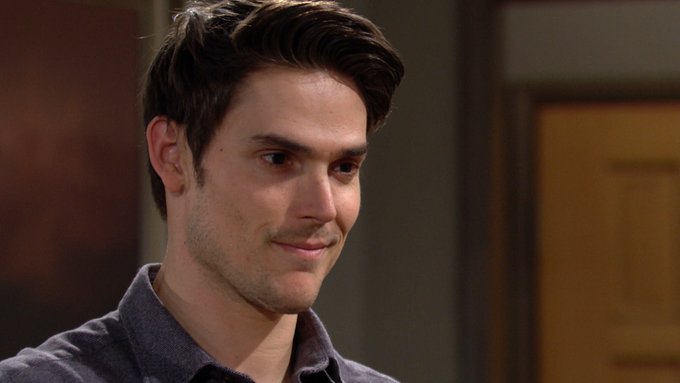 Young and the Restless fans know that Theo is not a good person, and we are seeing more and more of that as the days go on. He is trying to get everyone to love him, but that is not going well. As a result, he has also decided that being part of the Jabot family means he literally should get to take over the company himself. He seems to think that he can overthrow everyone, change the game, and make this all right with everyone. It is nothing short of a total mess. We cannot figure this out, and we don’t know what to do about it. He won’t succeed, but he will make some people feel pretty miserable in the long run. Jack doesn’t have time for this, but now it’s part of his life and he has no choice but to fix it and to make it all right. He’s impatient and should have listened to Kyle.

Meanwhile, Mariah is begging. She’s begging Tessa to give her another chance after she cheated, and she will not do it. We are not mad about that, though. We are not Tessa and Mariah fans by any means, but this is something we didn’t think would work anyway. We didn’t think that it would be a situation we had to deal with, but here we are. We thought for sure it would be Tessa who cheated, so we are not mad that she will not give her another chance. Mariah can find someone better. Someone who treats her right and doesn’t hurt her. We know this, but we don’t know how much longer we can take seeing her cry about it and refusing to move on. We are done with all that, even though we do know she’s going through so much right now.

Well, we aren’t upset about this.

Adam is playing with fire this week on #YR. 🔥 Make sure to tune in to see what happens! pic.twitter.com/t9hwzotgEG

Amanda is definitely making her way around town these days. She’s been with Nate and Billy and Phyllis lately, and now she’s looking to find some common ground with Devon? She’s not doing anything that is going to protect her other than bouncing from person to person sharing her story like she’s sharing a secret that will bond her to those people forever. When, in fact, all she is doing is trying to get people on her side and trying to make some friend and allies now that she’s got issues in her life that need to be resolved. While we absolutely feel for her and the life that she lived, we are all feeling like we just don’t trust her, and there is really nothing that is going to change that.