Home
Young and The Restless
Young and the Restless Spoilers: Devon Gets Unexpected News
Prev Article Next Article 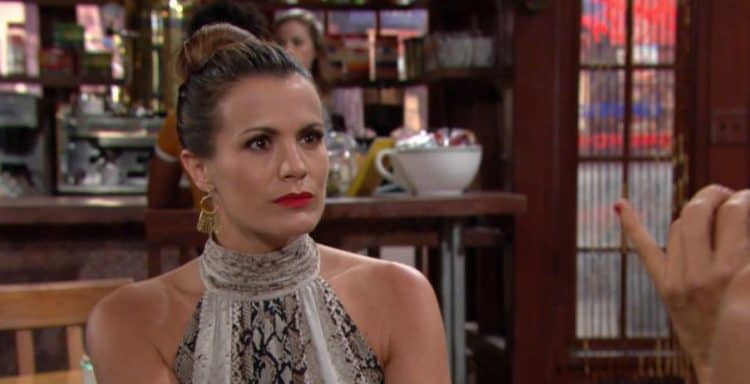 Young and the Restless fans are just over here wondering what on earth is going on, why it’s happening, and how we can fix it. Is there much we can do to make this right? Or, are we all stuck in a place we cannot change? We don’t know, specifically, but we do fear that there will be lot going on we can’t change. For example, we know that there is so much happening with Adam that we don’t even know where to start. He’s been able to ask Sharon to marry him, but she doesn’t know what to do. Then there is Arturo, who came back to Ask Abby if she will forgive him for all he did to her. Rey had to find closure last week – which is something he really did need to do. And there is Victor, who will have one really good day and then one awful day.

He’s letting Nate do some very experimental and questionable things to him, and we do get that. We get tha the is working so hard to make sure he gets to live and that things work out for him, but what will happen to him in the long run? What will be his story? What will be the stuff he gets to write home about and share with those he loves? What will happen to him, and will it change his life for the better, or will it only make him that much worse for the wear? We don’t know, but we are watching. Meanwhile, we don’t think Billy will overcome this. We think this is going to go much further than we ever thought possible, and we think he will continue to struggle worse than he even knows. Is that a possibility? We think so.

Just a week ago these two were saying, “I do!” What do you think is next for #Kola? 💕 #YR pic.twitter.com/8vLMzSAuMp

We know that here is a lot happening, but we cannot predict how any of it will go. There is a lot going on right now, and Billy is one of the main people we fear for. He is someone we are worried about. He is a man who doesn’t seem to have much else to do other than focus on his own life and the many things he needs to do, but there are always so many things he needs to get his life in order with. He’s worried that he is going to get in trouble. His dreams are keeping him up at night, and we hear that his week is not going to get any better. In fact, we hear that he will probably get a lot worse before he gets any better at this moment. But, that’s a thing we cannot help for him. We hope for more, though.

Additionally, Devon is going to get some news that he did not see coming. He is someone who is accustomed to getting his way, even after all that happened in his life went down the past few months. He’s had a rough year, and this news is not news he was looking to hear. He didn’t know it was even possible at this point, but here we are. There is so much that might happen, and we have so many things to say about it. But, what will happen if this all unfolds faster than we thought it might unfold? Will it get worse, first?