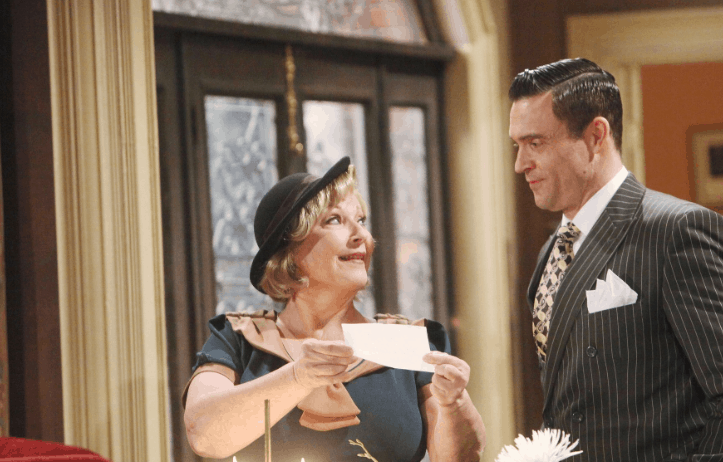 Young and the Restless fans know that Abby is not someone who is going to take things lightly. She’s been known to pick the wrong man a time or two, and this is no exception. She thought that Arturo was the man for her, but he was not. The man for her is not someone she’s met yet, if you ask us. But, there is a chance that Nate is working quite hard to be that man for her. He is showing her some serious interest, but will she reciprocate that interest? He’s finally been able to get her attention, and that might be something that makes him feel good. He’s been able to get things to work in his favor the past few days, which is something that he is happy about. For now, though, he is looking at getting things together in a new light, and that makes us want to laugh.

Meanwhile, we also know that there is a lot going on with some of the other people around here. Adam has reconnected with Jack, who simply is not sure what to think. There is too much going on for him to know how to feel about this. Sharon, on the other hand, is not in a good place either as the reality of her own situation is hitting her hard. Victor and Billy are at odds again, as if that shocks anyone for any reason. They are always at odds, and that is something we know will not work in anyone’s favor. There is very little that might work for them when they fight to the end, but Victor always seems to come out on top of Billy. Why does he keep fighting this man knowing that he always loses?

From her stunning looks to her amazing singing skills, @lorensharice gives us so many reasons to love her! Give some 💜 to our #WCW. #YR pic.twitter.com/avfySpg1Ii

We are a few days late, but this is a good WCW.

It’s a fact – there’s nothing like #YR. â¤ï¸ Don’t miss all of the drama and romance this week! pic.twitter.com/ic2E9JIbMC

Nick and Victoria might not always get along, but what set of siblings does? They have their issues and their differences, and they certainly have a problem with authority. We are definitely not sure what is going on in their lives, but we know that there is a lot that they might encounter as they work through things in their own minds. They have another brother, who was dead, but now is not dead. He’s back from the dead, and their father is hiding things from them, and their mother is upset, and all of their lives have been thrown off balance once again. They are not happy, and they have a lot to deal with right now. So, they are teaming up and making things right as best they can.

Additionally, we know that their frustration is not something they feel on their own. They are very frustrated with the many things going on in their own lives as well as the lives of others, and they feel no control. They want their family to be together. Victor wants their family to be together. They want to be the kind of family that gets along and loves one another, but there is too much animosity, and there are too many secrets. We struggle with that one, and we cannot figure out what to do about it. But, for now, we can sit here and we can hope that they find a way to figure this out before the weekend comes along. We know they won’t, but there is a chance, right?