Home
Young and The Restless
Young and the Restless Spoilers: It’s a Tough Week for Sharon
Prev Article Next Article 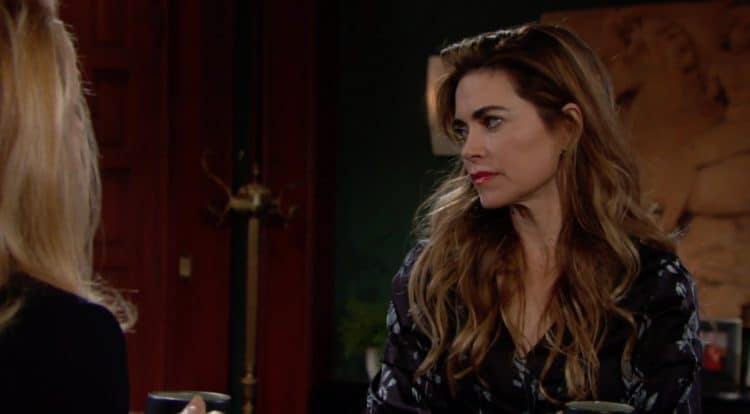 Young and the Restless fans know that Billy quit therapy, which his part of the reason that Victoria felt she needed to talk to him last week. He has so many reasons to keep going, mostly because his mental health is just not there. He’s got so many things going on in his world that don’t make the most sense, either, and she’s not happy with him. But, now that he is not seeing his doctor anymore, he’s making some changes in his life. We almost feel that he thinks these changes are good ones, and that they will make some big differences in the world. Things are getting a little bit crazy right now, and we know this man needs help. But, there is Amanda sitting right there encouraging all the mess and the problems and the many things that are not working for her, either.

Chelsea and Nick just called things off for themselves, but she’s not wasting even a second of her precious time. She’s ready to make things public, and she’s going to do it right now. She’s got nothing to lose, and she’s not even all that concerned over the fact that the woman who could one day be her mother-in-law is not happy with her or her decisions – and she’s questioning every single thing that she’s up to and doing right now, too. She’s not having any of this, and we get that. Nikki is right to wonder what she’s up to. She came back here with a plan, and we all know that she did. Chelsea is not someone who has a good reputation with this family as of late, and we think it’s only natural that they are questioning just about everything she’s living for right now. We get it.

Our #WCW is the incredible @sharonlcase! Let’s give her a round of applause for her amazing performances this week. 👏 #YR pic.twitter.com/Bu0GcfzKg1

We know we shared this one already, but we really do feel that this is a good reminder to see your doctor. Check yourself out. Question anything you don’t feel comfortable with. This is your reminder that you can survive and you are stronger than this.

Sharon’s getting the support she needs this week on #YR. ❤️ pic.twitter.com/Bt2iK5D1Rm

It’s going to be a long week for those who aren’t sure how this is going to turn out, but we don’t think that there will be a lot of happiness over the concept of Adam and Chelsea making their romance a thing again. We don’t know if they are looking for support or just looking to come clean and be out there and there and public about things just because lying is so much work when you live together and all, but we don’t know that they should expect many people to feel good about them. Then there’s Theo, who is still working so hard to sneak in and take Lola from Kyle. He’s gone with Summer right now, and we know that he is taking every last advantage of that if he can. It’s all a bit much for us, but we are beginning to see that there are things that will work and there are things that will not work.

Then there’s the entire situation with Phyllis. She’s not getting what she thought she might get and what she might hope for, and that’s a situation we cannot handle. She’s not someone who is going to get much from her life if she’s not willing to understand that she cannot just take anything she wants. But, she’s working on that. She’s getting through to herself about Chance, and she’s not changing her mind about him despite some of the bigger setbacks she’s going to go through soon. It’s a bit much even for her, but we can see her working on this.