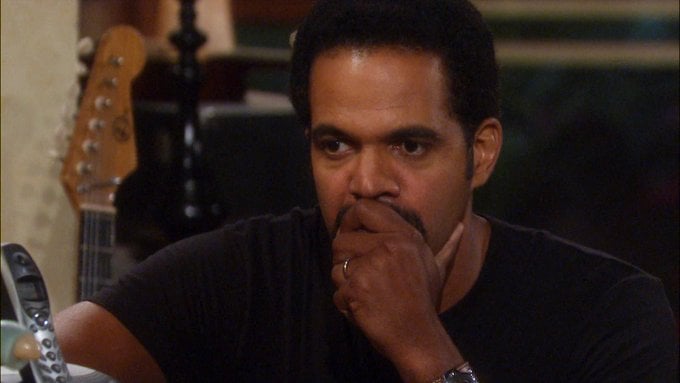 Young and the Restless fans love when there is some serious drama to unfold around the show, and this is a week that is really bringing that drama to the forefront. You see, we are going to see a week called Villains Week, and it needs to be something we can focus on in a good way. We are so happy that we get to see this week because Genoa City is a place where villains run rampant through time. Sometimes, they are the people you think you know and love, but they turn ugly and they turn desperate and dark, and that might not last forever. But, we are always happy to see that things are going to work out for some, and this week it’s the villains. They bring the drama, and that drama is the kind we love the most. For now, let’s take a look at this week.

Today is the first day of Villains Week, and it brings us some serious excitement. This is the day that the awful David Kimble will show up to cause some serious pain to some people he’s not all that happy about. It’s an episode from 1991 that brings us some drama with David. It also brings us a story about how Traci is keeping a secret from Brad, which is never good, and it’s also the day that Nina comes out of hiding. It’s good stuff, and it does make us want to spend a moment getting to know the nefarious man who will come into town to wreak havoc on all those he loves the most.

He Came to Assist

Today is largely focused on the happenings in 1991, but it’s more than that. It’s about so much more than that. This evil villain rolled into Genoa City back in 1986, a solid five years prior to this. He came to town to do things that didn’t make much sense to anyone else. He was set to play a hot man who was just an assistant to Jill Abbott; she wasn’t mad about that. Neither were many of the ladies who came around to see him in her office.

He began his job by doing all he could to use his good looks to get to Jill. He knew that she had access to the Chancellor billions, and he wanted those for himself. He would do anything it took, and he took that to mean he needed to bed her. She fired him, however, and his plan did not work. Of course, then he met her daughter-in-law, Nina, who was the recent recipient of her dead husband’s fortune. He thought that might be a better plan.

We can all assume that Jill was not good and happy about this, but neither were Nina’s friends. They all warned her away from him, but he kept it up and worked hard to make her fall for him. Sadly, he was able to get her to elope with him. He signed a pre-nup to make everyone think that he really loved her, and then he started his own business. His wife was his investor.

His fake business had no clients, and he didn’t want any. He’d sit around and read and do what he wanted while pretending to be on the phone with clients when she was near. He had an affair, tried to get her money, and realized that he needed to legally adopt her son to get it since it was all in a trust to him. He tried, but he was also up against both Jill and Katherine, and they were having none of him. That’s when Diane, who was having an affair with him, found an old photo of a man who looked just like him with a wealthy heiress who had been murdered by her husband. She became suspicious, and you know how that all went down. Things took a turn there, but we can attest to the fact that this is one man who brought some serious dramas to the television when he was here. We enjoyed watching him as he did all these horrible and dastardly things to everyone in Genoa City, and we do miss him.