Home
The Bold and the Beautiful
Young and the Restless Spoilers: Jack’s Plan is Falling Apart 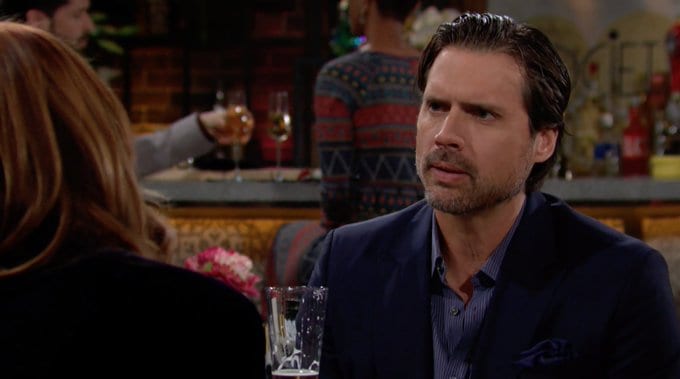 Young and the Restless fans aren’t sure what is going to happen with Amanda. Everyone was right that she was not honest with them when she came to town and made up some stories about her reasons for being her. She’s been shady since day one, and people are going to be very quick to believe the absolute worst things about her from this point on. She’s not someone who has made choices that make her seem like the best of the best, after all. She’s got some seriously questionable situations in her life, and we can see that she’s not making the bet choices. She’s also got to find someone to help her out, but her only real friend in town is the man who recently left his girlfriend for her and kind of caused a lot of what is going on in her life thanks to her interference with his relationship with Victoria.

We think they are right to worry.

Things are getting complicated for these couples in Genoa City. Don't miss what happens this week on #YR! pic.twitter.com/1moblknkLy

Nothing is worse than when someone shows up without an invitation. There is nothing like being with someone who is not invited, who you did not ask to join you, and who you do not have room for in your life, but that is what is going on right now. There’s a lot that might happen around here that is like that, but it’s Victor who is about to find out that he has a guest he did not expect. And we can assure you that when a normal person is annoyed by someone they did not expect, Victor is more than a little annoyed. He’s furious. He will not take this well, but he will find a way to make this work to his own advantage. He always does, you see. He will find something about this visit that works for him in some capacity. He always does.

Jack is dealing with a lot right now, and much of what he is doing involves some planning. However, nothing is always going to go off without a hitch for him, and this is one of those times. He’s going to find that there are a few things that don’t work for him in this situation, and that is not something he really wanted to deal with right now. Finding out that things aren’t always going his way is not ideal, but he will find a way to make sure that the plan that backfires on him is one that he can salvage in some capacity. We don’t know, of course, but this is something that really does make more sense to us.