Home
Young and The Restless
Young and the Restless Spoilers: Lola and Kyle Plan Their Wedding 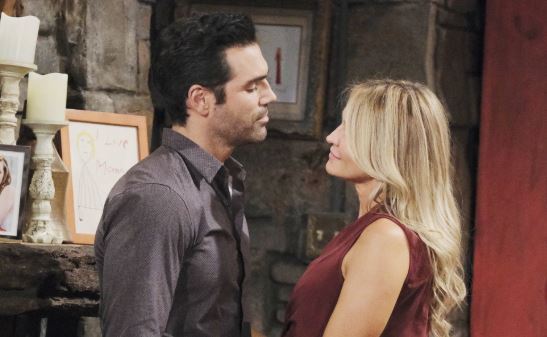 Young and the Restless fans wonder if Rey can just let things go and move on, ever? The answer seems like a no to us. Sharon is clearly not into him nearly as much as he is into her, and she’s got some major baggage that she didn’t even know she had until a few weeks ago when it showed up at her doorstep alive after years of thinking he was dead. Adam is home, and she is finding it hard to deny that she’s got some unresolved feelings for him. It’s not a situation she can handle without much effort, but she’s got a lot on her plate, on her mind, and in her situation that might make it seem a bit more obvious now. He’s questioned her, she’s given him as much as she can without trying to have to admit the truth to herself, and he cannot just bow out.

Now he’s confronted Adam about it. He wants to know what is going on, why he has such a hold over the woman that he is in love with, and if he would be so kind as to just stay out of Sharon’s life. Of course, that is not going to happen for a second. Adam came home alive and well and with his memories now, and he is not about to let anyone have their lives back to what they were prior to his situation. He’s got more to offer than anyone else right now, and she’s not sure how to focus on that one. For now, though, it’s not going to end well. Can they get through this confrontation, or can they make it work in some other manner of speaking? We aren’t so sure, but we can hope it works out.

Dark thoughts, deep fears, and that’s just the beginning! Make sure you tune in this week on #YR. pic.twitter.com/pQFaOt017N

We don’t think anything can make Adam feel less like he is in control of all the lives of all the people he’s ever known, and that is just that. He’s gotten Michael to change his mind and his opinion about the way things are going and how they are working through their issues. He’s managed to make it clear to anyone and everyone who will listen that he’s a man of his word and a man who will not be taken lightly in any capacity, and he’s feeling as if he cannot lose. Additionally, we know that Victor is making some difficult decisions in his own life that are making him feel like he has other issues to work out. Here is a man whose life is changing every moment of every day, and that’s all there is to it. Now he’s making decisions he’s not looking to make, and he’s not good at it.