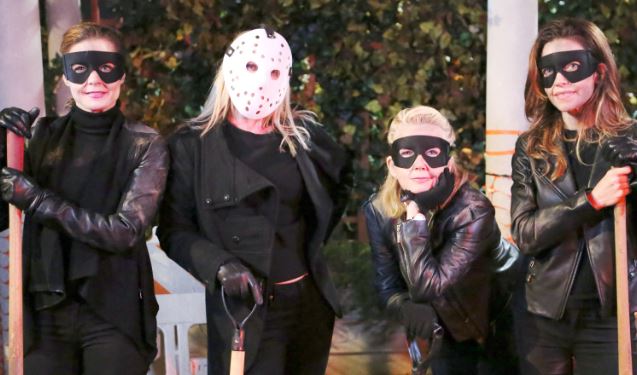 Young and the Restless fans are not all that excited about how things have turned out for some people this week, but there are some people who just cannot get enough of the fact that there is something going on with Nick and Phyllis. Sometimes people just want to see things go down, and this appears to be one of those things. We are all just sitting around over here excited about all that is happening in that situation, and no one seems all that upset about it at the moment. We do, however, hope that there are some things that might make us feel better. For one, Billy is very upset about all of this, but he’s been dealing with his own situations and he ended things with Phyllis, so she can do what she wants. He’s got his own life situations he needs to focus on, so there is that.

Sharon, on the other hand, is not handling things well after finding out that this is going on again. She nearly kissed Rey after she found out that they are sleeping together again, and she’s not happy about any of it. But, she didn’t, and Rey still has to work a little harder if he has any chance of getting into her life more than he is now. And we don’t think that it’s going to be a situation he has to deal with on his own, but he will have to handle this entire case as it’s getting bigger and crazier. He has no idea that Sharon is involved, but maybe he will be the one who protects them at the end of the day? We don’t know for certain, but there is nothing that shocks us anymore and anyone can do anything.

Happy FANsgiving! To give our thanks for all of your support, each week throughout the month of November we’re giving a special prize to one lucky #YR fan. 🎉 For a chance to be "Employee of the Month" at Crimson Lights click here: https://t.co/XvNk94YTqF pic.twitter.com/ZgmsMnBX8d

Have you taken a look at this yet? Have you made it your mission to see if you can be the lucky person who gets to call this your prize? You can still do it, but you need to pay attention to find out what is needed of you now. It’s going to be good stuff, really.

Sharon has something to say, and it’s a confession. But is she going to confess that she still loves Nick and wants to work it out with him after all that went down lately, or does she want to tell the women that she cannot get this thing out of her mind and she has to confess about what happened with JT? Or does she want to do something else entirely when she opens up about her confession? We don’t know where this is going or where she’s going to take this, but we do know that this might not end well at all. She’s going to open up with someone, but we don’t know who that is. Is it her friends, her man, the other man in her life, her daughter? We don’t know what is going on, but we do know it should be good.

And then there is the fact that Mariah and Tessa are ready to move on and forward with their lives, and we are very interested in how that is going. Is that going to be something that will work out well? We aren’t sure this is the best decision for Mariah with Tessa. She doesn’t seem to be the kind of girl who really does want the best and have the most honorable intentions, but we also hope that there is a little something else going on with the way things are being portrayed in the grand scheme of things. Will this work, or could this be a doorway to seeing Mariah end up getting hurt?