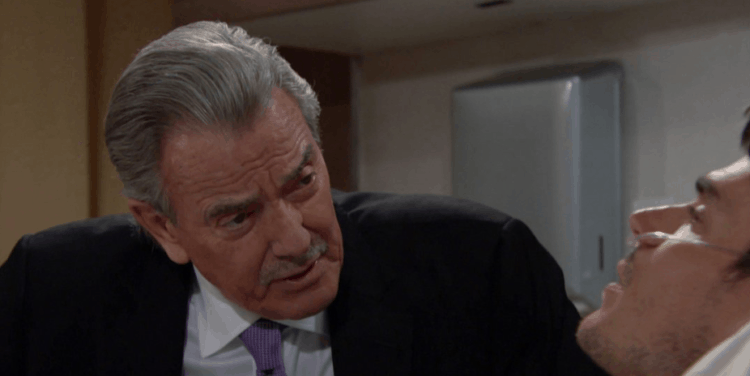 Young and the Restless fans are tired of Billy spending his life arguing with people and not minding his own business. Even when it is his own business, he’s spending far too much of his time focused on things that are entirely beyond his control. He’s unable to get things working in his favor, and that makes little sense to us. He’s not the kind of man who has to go through this, but he chooses to go through this. He chooses to go through things, to make his own life miserable, and to put himself into the middle of situations that are not good for him. But, there is nothing else he would rather do. He wants to marry Vickie, and she has to figure that out on her own. She’s not sure what she wants, and we get that. He just came back into her life out of nowhere, and that’s not really fair to anyone. She’s got to get some control.

But, there is also the situation in which we have to focus on other things. We have to figure out what is going on, how it is changing, and what is the problem. Sharon got a huge reality check in her life today. Her life is not what it seems, and it might never be. She might not be with Nick anymore, but Adam is back, and Rey has some issues of his own to work out. He’s got a long history of not making good choices, and he has a pregnant wife who just skipped town with hi own brother. And no one is sure who the baby daddy might be. It’s either himself or Arturo, but what happens when it’s not both of them? What happens when things don’t work out?

These two do make a 🔥 couple. 😍 What do you think of #Elevon? #YR pic.twitter.com/AMgRDbkNy2

They are kind of cute, right?

It’s a fact – there’s nothing like #YR. â¤ï¸ Don’t miss all of the drama and romance this week! pic.twitter.com/ic2E9JIbMC

Nate is trying so hard to make things work with Abby, but she seems not to notice what he is up to. He’s been making it very clear to anyone and everyone who will pay even the slightest bit of attention that he is interested in her, but she seems not to get it. She’s so preoccupied with her own life, with the things that are going on around her, and with all the changes going on. She was just engaged, but she ended things when she found out Arturo spent a night with Mia helping her move. Now Mia is pregnant, and she’s not sure who the father of her baby is. On top of that, he just skipped town with the woman who is married to her brother. Her friend is not doing well after the death of his wife, their baby, and then is father. And now her own brother is back from the dead.

But, she is about to notice that Nate is not playing games and is very interested in spending some quality time with her. She might not be willing and able to make her life a habit for him, but she might give him some attention when she finally takes the time to notice him. Meanwhile, Adam is going to reconnect with Jack, and we cannot figure out how this will turn out or what will happen in the meantime. There is so much going on there, and we cannot help but wonder if there is a way for them to get past this.