Home
Young and The Restless
Young and the Restless Spoilers: Nick Takes A Stance
Prev Article Next Article 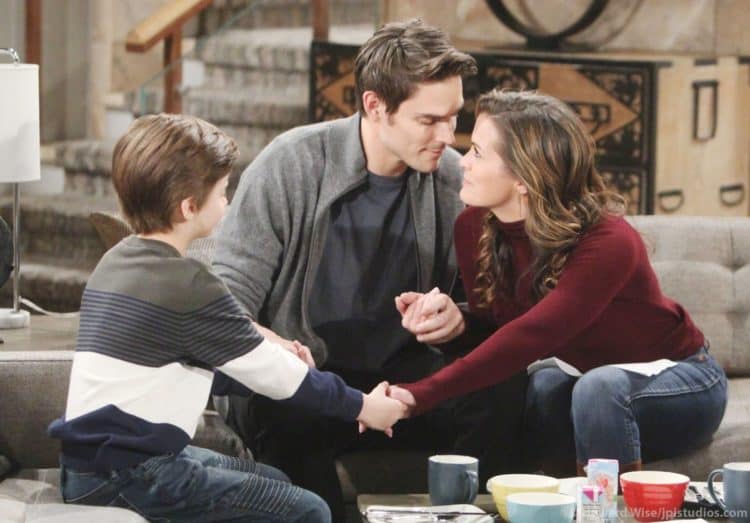 Young and the Restless fans need to get their own lives together, but we can’t when we are too busy watching Kyle and Lola and their unfinished business. We are in love with the man things going on in their world, and it brings us great joy to say that and to see that and to have that in our lives. We love it, and we are not mad about any of it. We want to see these people change their lives and the game and the many things that are happening, but what else? We know that there is a lot more that might go down right now, but we want to see what this business is and what they are both going to do to take down Theo in their own manner. We know that is what they are going to do, too. It is what they always do and what they are always going to handle.

We also know that things will unfold for a moment when we see Amanda put some boundaries in place for Billy. She’s acting a bit out of sorts here, because she is clearly not the boundary type. She’s let things get this far, but now she’s decided that enough is enough and things cannot happen for anyone else. She is trying to redeem herself, and we can feel it. We can see it, and we can feel it as it all goes down. We know that this is a lot of what it is right now, but that’s too much for us. There’s very little effort on the part of those around here, and she knows it. She’s trying to be the bigger person, and we cannot be sure it’s working for her at this moment.

Remember this game? 🎈 We had more of the #YR stars play the balloon game, and it was just as fun as the last time! 😂 pic.twitter.com/Ibuw0czdFC

They do clean up nicely, don’t you think?

Phyllis makes a bold move and Kyle and Lola question their relationship this week on #YR. Don’t miss it! pic.twitter.com/gXVnFdKYOL

There’s a lot happening as the week comes to a close, and we have to be here to discuss so much of it. For now, we have to say that there is a big change going down with Nick. He’s about to take a stand, and he’s not changing his mind. He’s taking a stand for something that he might just feel is more important than about anything else, and we like that about him. We have no idea what it is right now, but we are there for it, and we are down for it, and we are supporting him when he decides to stand his ground against all the people in his world. We hope that he is standing for something that is important and good, though.

Additionally, we also hope that there is so much more that we just don’t know. We hope that Phyllis is going to find that her setback is teaching her a lesson. She already went out of her way to ruin a date for Chance and Abby this week that was uncalled for, and we know this. We know she’s that person and she does those things and she likes that, but she’s not in the middle of getting things to happen her own way, and we want to see her fall apart a little bit and pick herself back up and move on. She can do better even if she doesn’t feel that or believe it. She doesn’t need to steal a man from someone like Abby to feel good about herself.

The Vanilla Ice Project Is Already in Season 9?

What is the Ghost Adventures Screaming Room?

Is The Show Iron Resurrection Getting a Fifth Season?

The Five Best Michael Sheen Movies of His Career

Is Art the Clown from Terrifier Scarier Than Pennywise?

Why Secret Wars Should be the Next Endgame Level MCU Movie