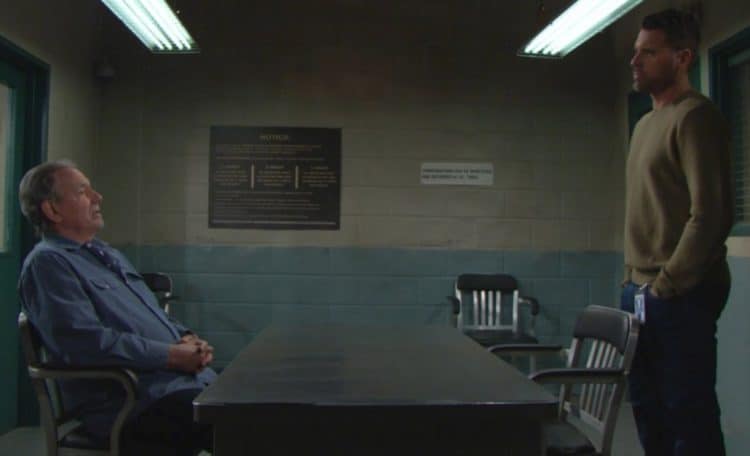 Young and the Restless fans are not sure that there is ever a moment when Nick is not changing his mind, yet he always feels that it is a big deal when he does change his mind. He is a man who has a lot to offer the family he has, but he always seems to find himself in the middle of situations that don’t work so well for him. He’s not happy with the way things are going on at the moment with his family, but he now finally knows the truth. He doesn’t want to believe that this is the situation that his family is going through, but he will do anything he can to protect them. And he might not be willing to along with the lies and the plots and the things that he’s already agreed to go with. But, we will see.

Finally, there is a chance that Cane and Lily are only going to get worse. Their visit today was nothing short of totally awkward, but we aren’t sure if that’s because they are awkward together now or if it’s because we know that they have some issues to work through. We know that they have a cheating scandal going on, but she doesn’t know that. Are we just feeling awkward because we know what’s going on with Cane and Victoria? Do we even want her to remain with him anymore? Do we want to see this work out, or do we want to see things turn around in a wonderful thing for both of them? They’ve been through cheating scandals in the past, but this might be more than we can handle at the moment. There might not be much we can do, but we can sit down and watch it unfold.

Check out the #10YearChallenge for these #YR stars. pic.twitter.com/2yUF3gcqNc

We love this challenge, but we do have one question. Do they ever age? Ever? Like, at all?

This week on #YR, you’ll be on the edge of your seat ’til the very end. 💥 You do NOT want to miss this! pic.twitter.com/k2mS4azwq7

Nikki’s in danger, and there is nothing that anyone can do about that. There is a system that’s in place that allows us to all sit back and watch her life unfold while she has no idea what is going on and how it will work, and it is not a pretty one. For one, we have no idea what is happening around here. She’s making decisions that she’s not following through on, people know what she did, but no one is turning her in, her own grandson ran her over, and things are a mess. Now she’s in danger, and we cannot figure out why or how or what is going on in her life. We are just as confused as anyone else, and it’s all we can do to make sense of this.

Then, there is the fact that Cane and Victoria will not stay away from one another. They know that they have no business being in the same room as one another right now with the way things are going in their lives, yet they cannot stop. They have so much spark going on right now that we can only say we think it will be a matter of time before they both act on it. And this time, it won’t be a kiss that they are sharing. It will be so much more than that. They won’t come back from this, either, and they need to know this. This line is one that crossing will destroy their lives forever.